Filipino surfer Roger Casugay recently went viral after he saved the life of his Indonesian opponent in the middle of the men’s long board competition during the 2019 South East Asian Games (SEA Games). They were both vying for the gold, but when Indonesian athlete Arip Nurhidayat’s leash broke free from his board and he struggled in the water, Roger made sure to save his life. 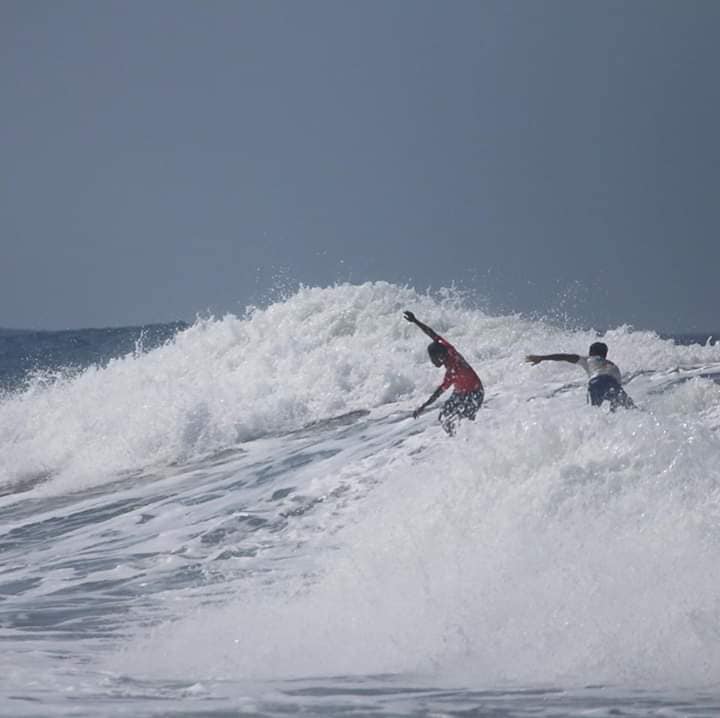 Roger could have proceeded to the shore to secure his gold, but he chose to stop in the middle of the race to save Arip’s life. It was a move that won him the hearts of netizens across the world, not just the spectators who saw what happened that day and the netizens that later saw what he did that day. 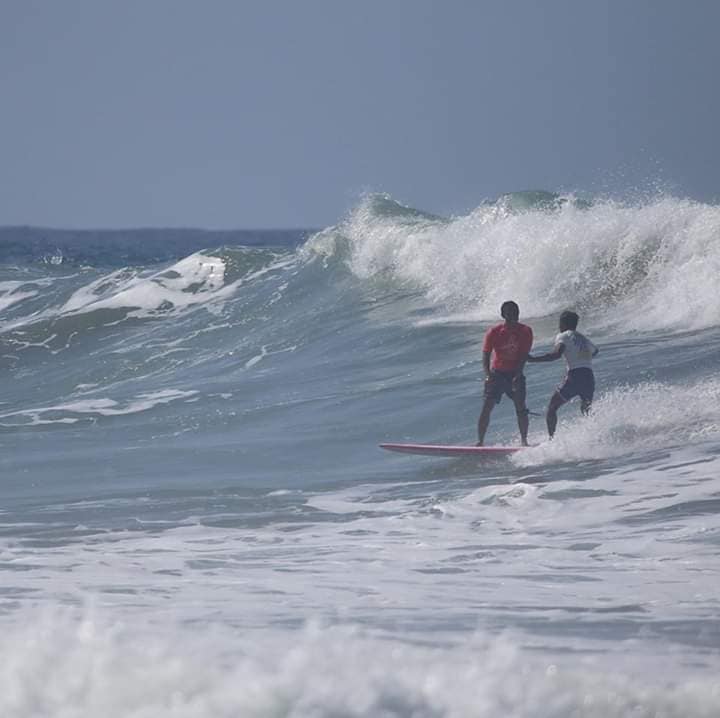 But it turns out that Roger is not a stranger to being famous. Back in 2017, he had actually gone viral for entirely different reasons. Roger was spotted dining with a gorgeous young woman who appears to be his girlfriend. Obviously a foreigner, the woman was later identified as Lisa Verwiej, a Dutch national. 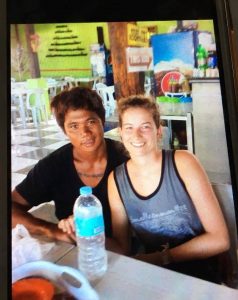 At the time, there were a lot of people who made fun of their photos, especially of Roger. After all, they look so different, with the Dutch national looking so white and gorgeous while Roger has dark skin and looks rather ‘ordinary’ in the eyes of many netizens. But the young man turned out to be a surfing instructor in La Union where he actually met Lisa. 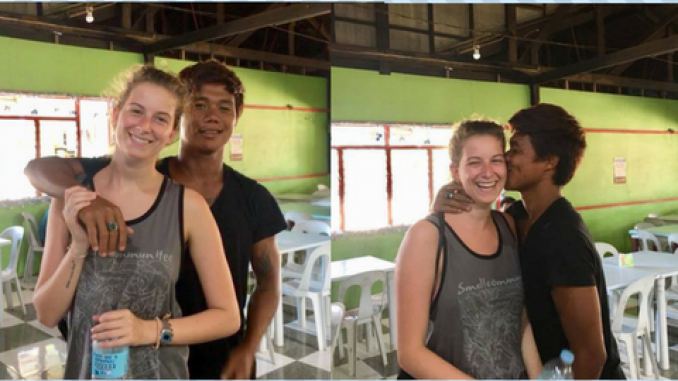 But their story would be highlighted once again after Roger went viral for the heroic deed at the SEA Games.

According to a feature on Kapuso Mo, Jessica Soho, the two met when back when Lisa was visiting the area as a tourist with some friends. They met Roger whom they hired as surfing instructor. But Lisa did not just learn how to surf during her stay in La Union, she also learned to love Roger. So, even after Lisa went back to the Netherlands, they kept their communication lines open. 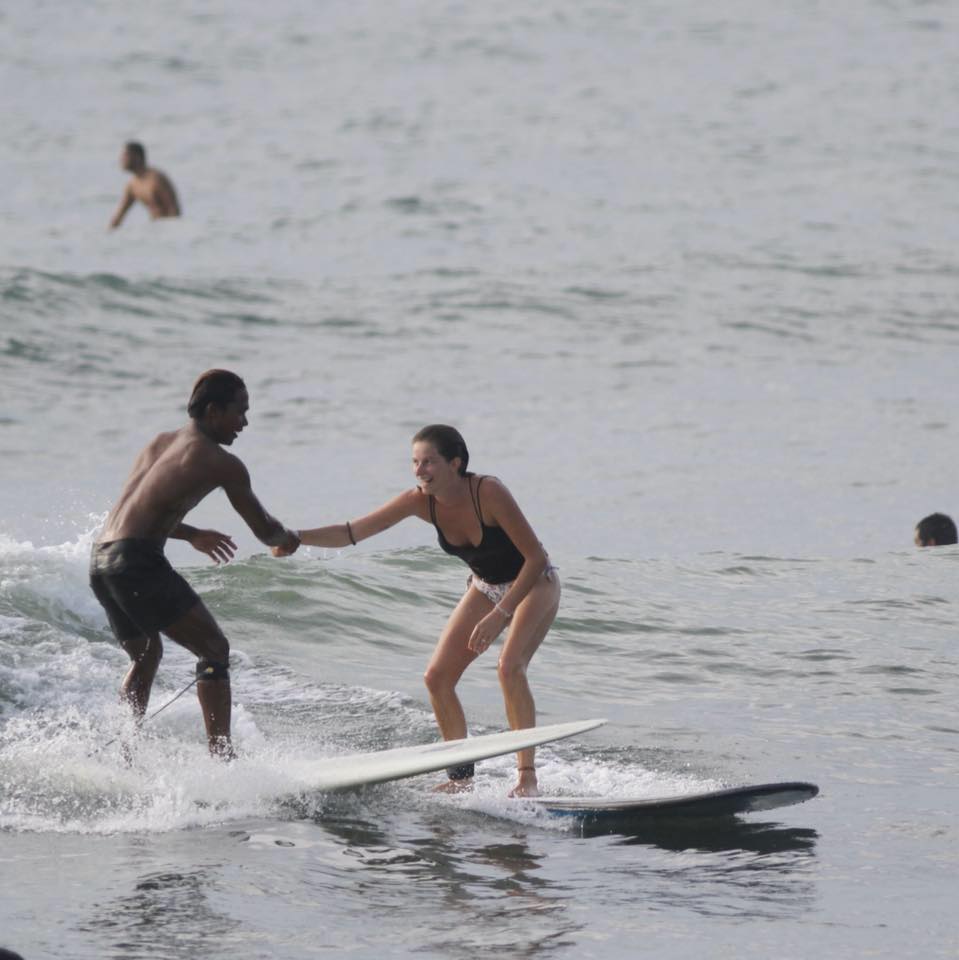 Lisa would later move to the Philippines to study Social Sciences in Cebu. She would also be part of Roger’s team as she cheers for her boyfriend during events he attends in the Philippines and other parts of the world. 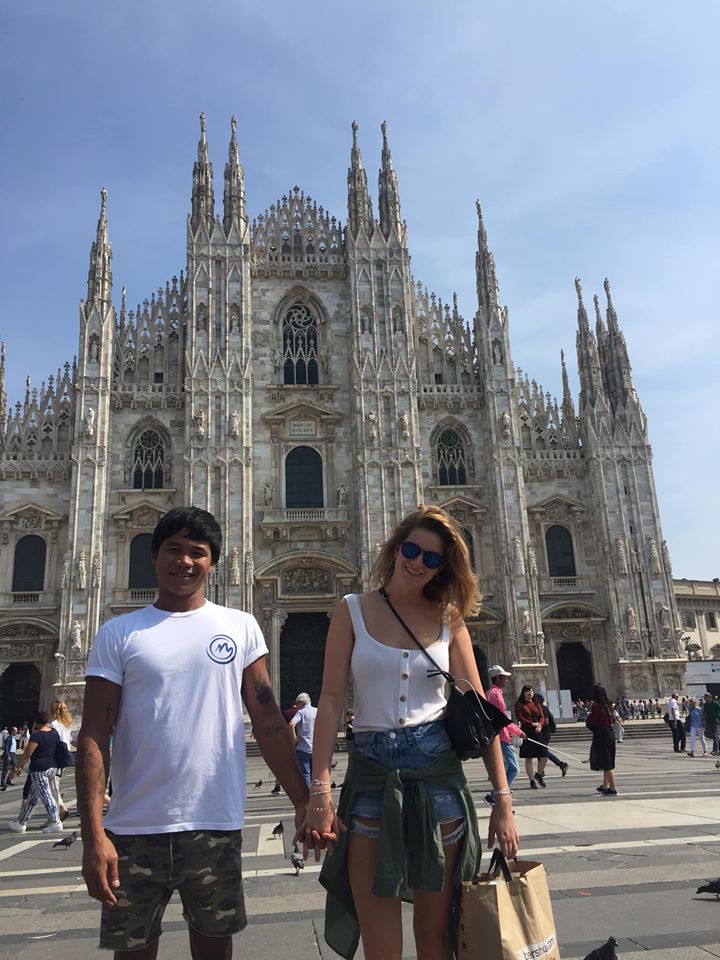 Now that he’s gone viral again for the heroic deed, Lisa is certainly the proudest girl in the world!

Surfing is a surface water sport wherein the surfer, also known as a wave rider, rides on to face an incoming wave to surf towards the shore.