Netizens are enraged over a disturbing 10-minute video of a black man’s dying moment after an unidentified  police officer shot him four times for no apparent season. The aftermath of the attack which happened in Minnesota, USA on Thursday was captured by the victim’s girlfriend on camera phone and was livestreamed on Facebook.

The victim identified as Philando Castile, 32, was shot in front of his girlfriend Diamond Reynolds and her four-year-old daughter after a cop from Falcon Heights, Minneapolis pulled them over for a busted tail light.  The victim was about to show his license but the “Chinese police officer” suddenly shot him four times while he reached for it. 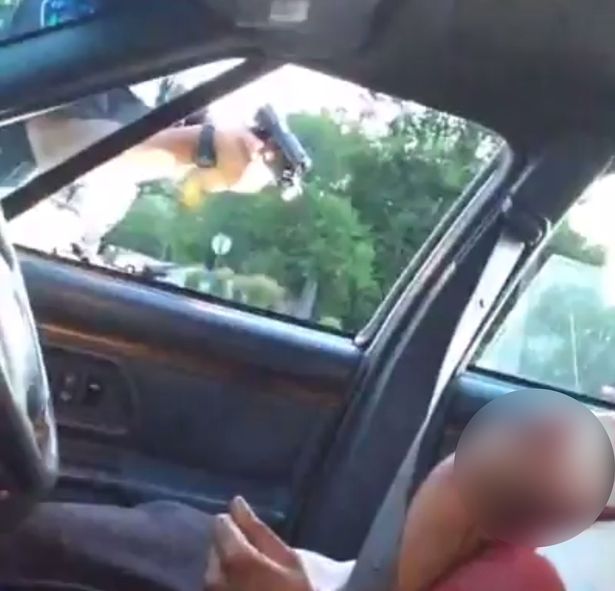 Reynolds admitted that there was a gun inside the car but Castile had a legal license to carry it.

In the horrifying video, Castile can be seen in the driver seat, heavily bleeding and in agony. The footage also shows the cop’s conversation with Reynolds.

While Castile was gasping for air and fighting for life, the police officer pointed his gun through the car window.

“F*k! I told him not to reach for it! I told him to get his hands up!” the officer shouted.

The footage of the bloody aftermath immediately went viral on Facebook and sparked outrage. Minnesota Governor Mark Dayton called for an immediate investigation of the incident.

“Police officers should not be able to gun a man down for no reason,” Reynolds told the media on the evening of the incident.

According to Mapping Police Violence, US police officers have killed at least 102 unarmed black men in 2015. It was also reported that unarmed black people were killed at five times the rate of unarmed whites in that same year.

Sadly, only 10 out of the 102 cases resulted in police officer being charged with a crime.

“Officers, like the rest of us, have an implicit bias linking blacks to crime. So the black crime implicit bias might be implicated in some of the use of deadly force against African-Americans in our country,” Fridell told BBC.