The lucky lady was not named but it was revealed that she is a Malaysian lady who had just gone to visit some relatives at a grocery store last January 7, somewhere in Malaysia.

This lady was on leave at the time and decided to meet up with her relatives. 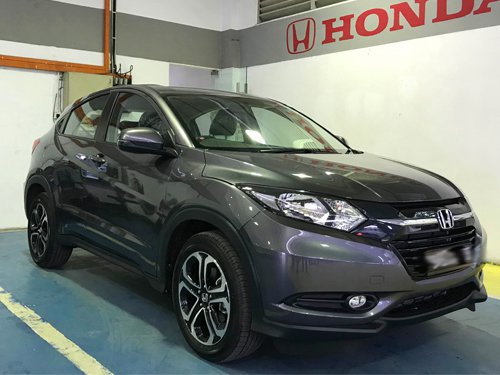 At the grocery store, she stopped by a shop that had lottery tickets hanging on the counter. Curious, the lady who works as a clerk pulled on ticket out but in doing so, she accidentally pulled out the whole bunch of tickets.

The ring holding the tickets fell to the floor and was broken, making a mess in the store.

Feeling embarrassed, the lady helped clean up the mess. She, then, bought some lottery tickets as a way of saying ‘sorry’ for what she had done’; although she had not really thought about the tickets and didn’t check them at the store. 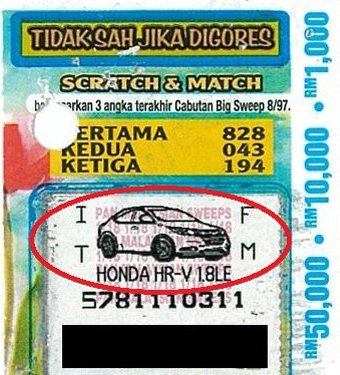 Back at home later that day, she recalled the incident and told her family about it. Her mother encouraged her to scratch the cards while her niece joked that if her aunt wins the car, she (the niece) wants the old one.

But the joke turned to reality when one of the scratch cards revealed that the lucky lady did win a car – a brand new Honda HRV 1.8L E. She wasn’t the only one rejoicing over the win as her niece had just gotten herself a free car, even if it was a second hand vehicle.