What was the strangest food you’ve ever eaten?

For this 23-year-old woman, it’s not even a food. Emma Thompson’s desire to eat kitchen sponge is so strong that she consumes between 2 to 20 sponges a day depending on her stress level or mood.

According to Thompson, she began chewing bath sponges at the age of three and eventually developed a preference for kitchen sponges when she got older. Nowadays, she shells out  £6 a week to buy her bizarre snacks from Wilkinsons and Poundlan. 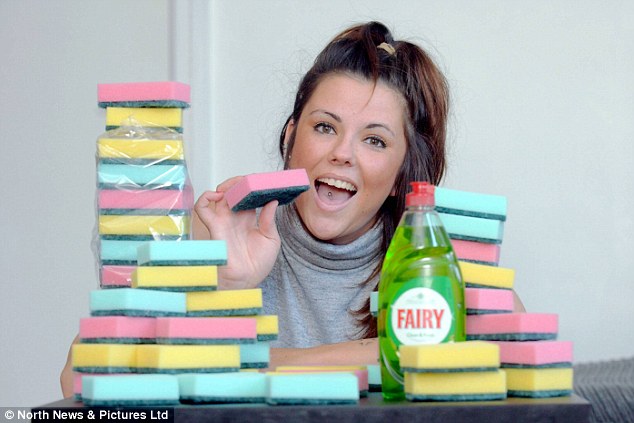 “I enjoy the taste of it, I enjoy it more than food. Some people go out for a steak, I would rather go out for a sponge. It’s a guilty pleasure, some people smoke – I eat sponges. It’s not a dirty habit, it’s a clean [one].”

So far, Thompson’s weird habit had only caused her to suffer from tonsillitis because of the washing liquid. But according to experts, Thompson’s peculiar cravings may cause her to experience diarrhea, vomiting, abdominal pain, as well as nausea.

Apparently, Thompson suffers from an eating disorder called Pica, which is characterised by cravings to consume non-food item.

Watch her video below.

According to Medscape, Pica is commonly defined as the “persistent ingestion of nonnutritive substances for at least 1 month at an age for which this behavior is developmentally inappropriate”.

WebMD states that there is no specific way to prevent pica. But through careful attention and close supervision, parents can detect pica earlier and prevent its possible complications.