Villagers in Hangzhou in China were terrified after finding that “black rain” poured over their neighborhood on Monday. Several photos showing parked vehicles, hanging clothes and faces of people soaking in black liquid quickly circulated on social media sites following the shocking incident.

The light rain shower seemingly transformed the residential neighborhood into a coal mine as the suspicious substance that fell from the sky puzzled locals. 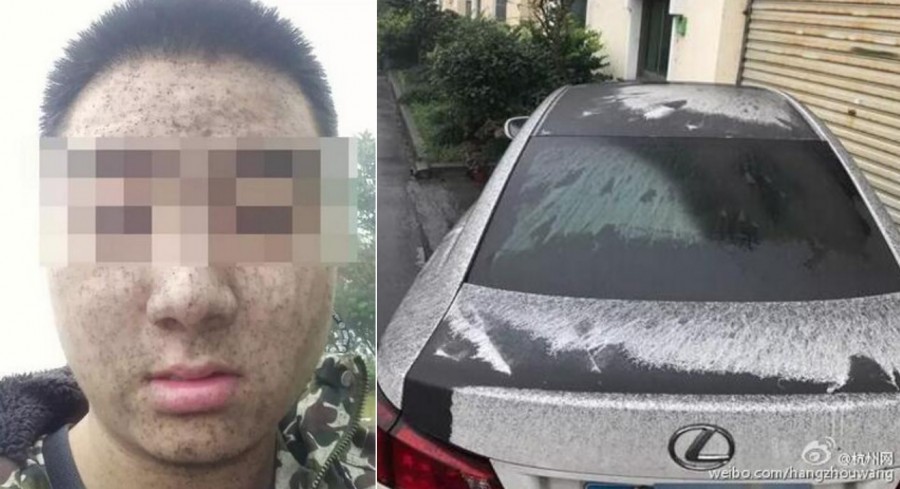 According to reports, the meteorological anomaly was brought about by an industrial accident in a local factory. Workers reportedly damaged a tanked filled with raw petroleum powder while demolishing the facility causing powder to launch into the air. As a result, the dark powder was carried by the winds down to the village where the rain poured. 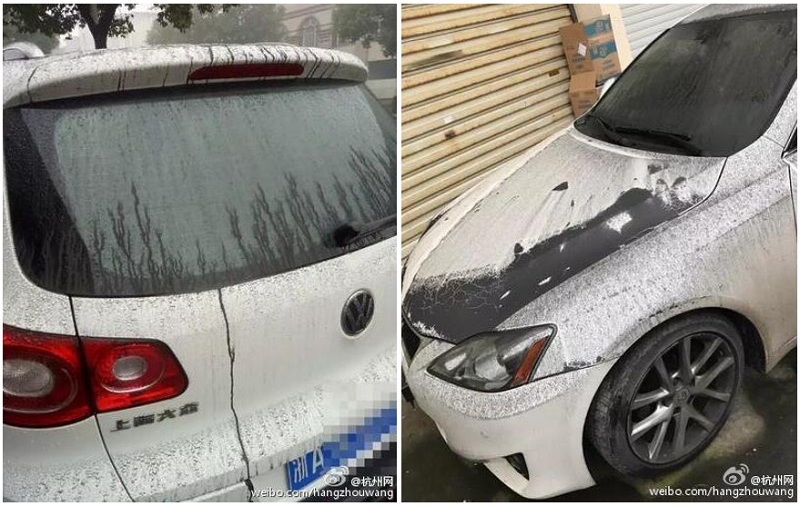 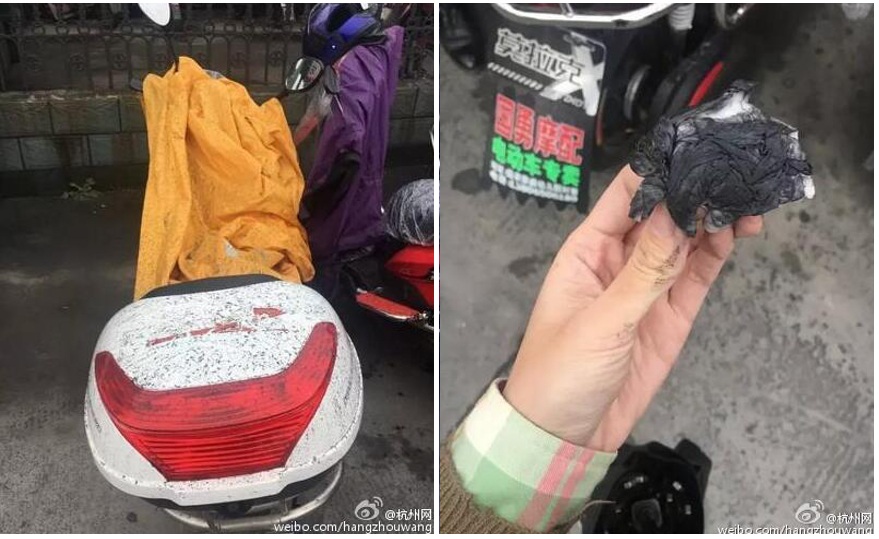 Although China is notorious for air pollution, such incident has never occurred in the area.

A recent analysis by the World Health Organization (WHO) revealed that more than 1 million people died from dirty air in China in 2012, making it the deadliest country for outdoor air pollution.

To arrive at the conclusion, 16 scientists from 8 international institutions worked with the UN agency for the analysis. The team collected data from 3,000  locations using pollution monitors on the ground, modelling as well as satellite readings.

Their findings also showed that most air pollution are brought about by cars, coal-fired plants as well as burning. However, they emphasized that not all if it is created by humans such as dust storms in places close to deserts.