MANILA, Philippines- Several witnesses came to the defense of Atty. Salvador Panelo, the official spokesperson of President-elect Rodrigo Duterte, after the latter was embroiled in a parking violation controversy at Greenhills Shopping Center.

In a circulating Facebook post made on Sunday, June 12, a certain Clarisse Evangelista claimed that the member of Duterte’s cabinet violated a mall parking policy by leaving his Mercedes Benz parked in a no parking area at the mall. Instead of following the request of a security guard to move his car, the seasoned barrister “didn’t budge”.

Evangelista revealed that the high profile lawyer later “stepped out of his car, brought out a Duterte tarp which he placed on the hood, walked away leaving his car in a no parking area”.

She added that several people had their selfies taken with Panelo afterwards. 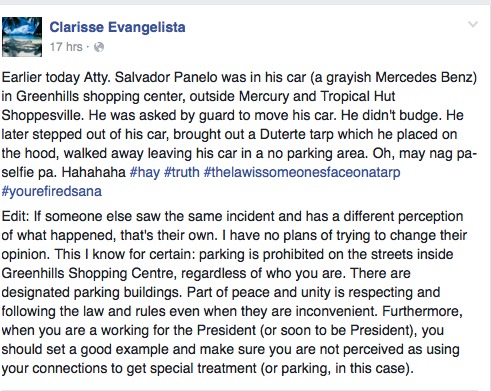 He narrated that he parked his car in front of Mercury Drug Store and Tropical Hut and asked permission from a security guard to leave his vehicle there for a while. According to Panelo, he was  just going to buy a bottle of virgin coconut oil from the drug store.

The guard reportedly allowed him and informed him he could transfer his vehicle in front of the Theater Mall parking zone after buying the item from the drug store.

But before Panelo could go to the drug store, several bystanders who happen to be supporters of Duterte approached him for selfies.

“One of those requesting for a photo with me asked me if I could put a Duterte sticker in the hood so that it would come out in the photo,” Panelo clarified.

After having selfies with the bystanders, Panelo then proceeded to buy the item and returned to his car in less than five minutes. A guard then assisted him to park his car in front of the Theatre mall.

Stressing that he didn’t violate any rules nor did he show any form of arrogance, Panelo said that Evangelista wanted to put his image into bad light and depict him as abusive.

“Obviously too the person is an anti Duterte basher who converted a casual incident into a false and malicious narration of an event with the purpose of maligning my person,” he added. 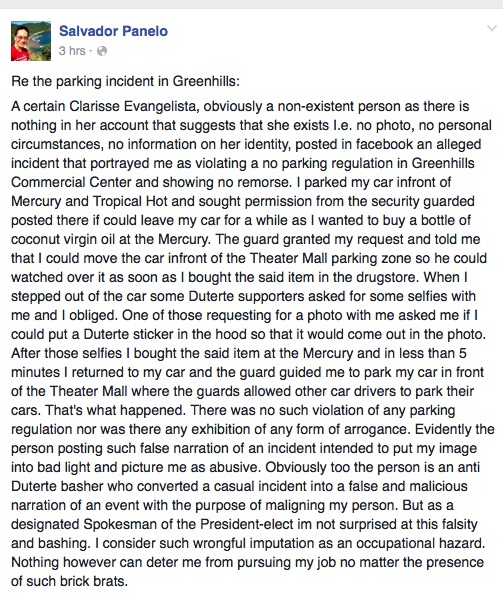 Two apparent witnesses of the incident, a certain Rowena Go and Omni Belle Gruba, supported the claims of the lawyer and alleged Evangelista of misinterpreting the incident.

Here are the screenshots of their posts. 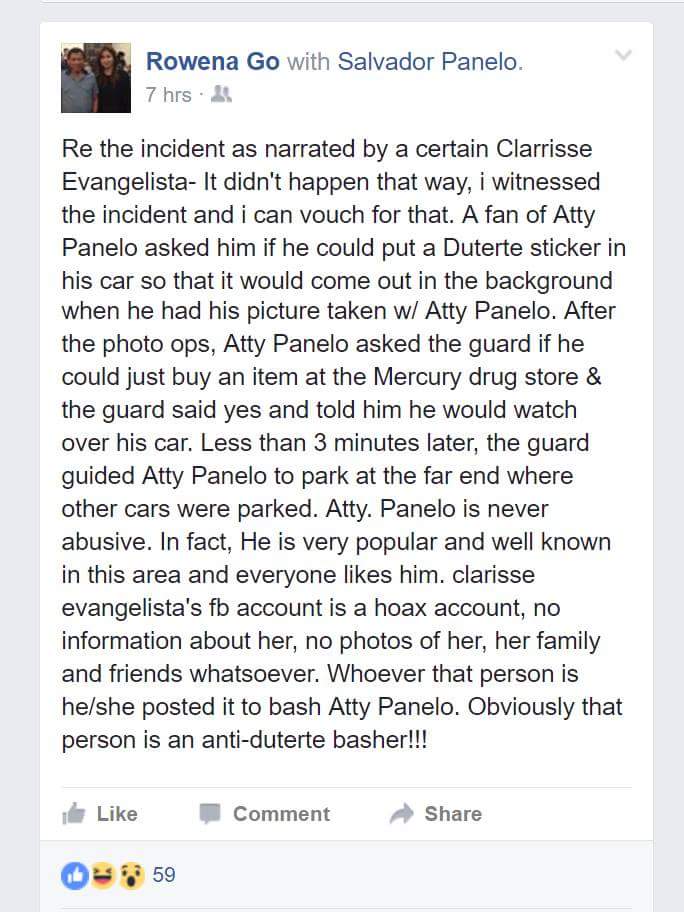 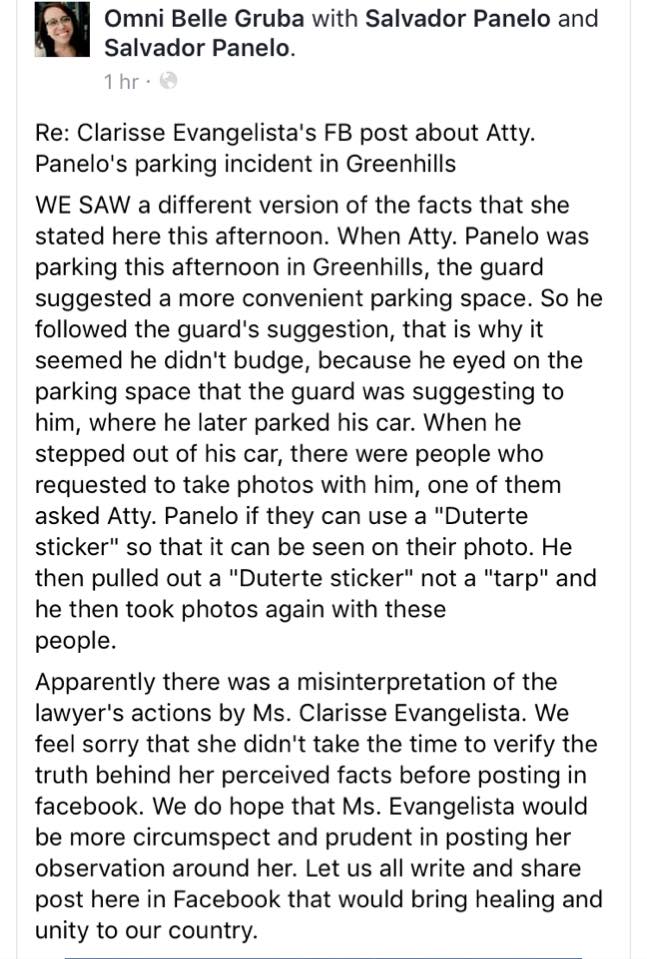