Home
Lifestyle
Relationship
What Would You Do If This is the Way Your Girlfriend Shows Affection?

We have different ways of showing affection to our special someone – and some are more “showy” than others. But what would you do if your affectionate girlfriend enjoys biting you when she’s in the mood? Ouch!

In a post that has gone viral on Facebook page Pepeng Pinakamalupet, a photo of a person’s wrist was shared with the caption, “Kung ganito maglambing ang girlfriend mo, anong gagawin mo?” (If your girlfriend shows affection in this manner, what would you do?)

While a little biting is probably alright, the bite mark on the photo appears too much! Whoever bit this guy (?) was feeling so “gigil” that she just couldn’t stop and she bit him so deeply that her teeth made deep marks on his skin and flesh! 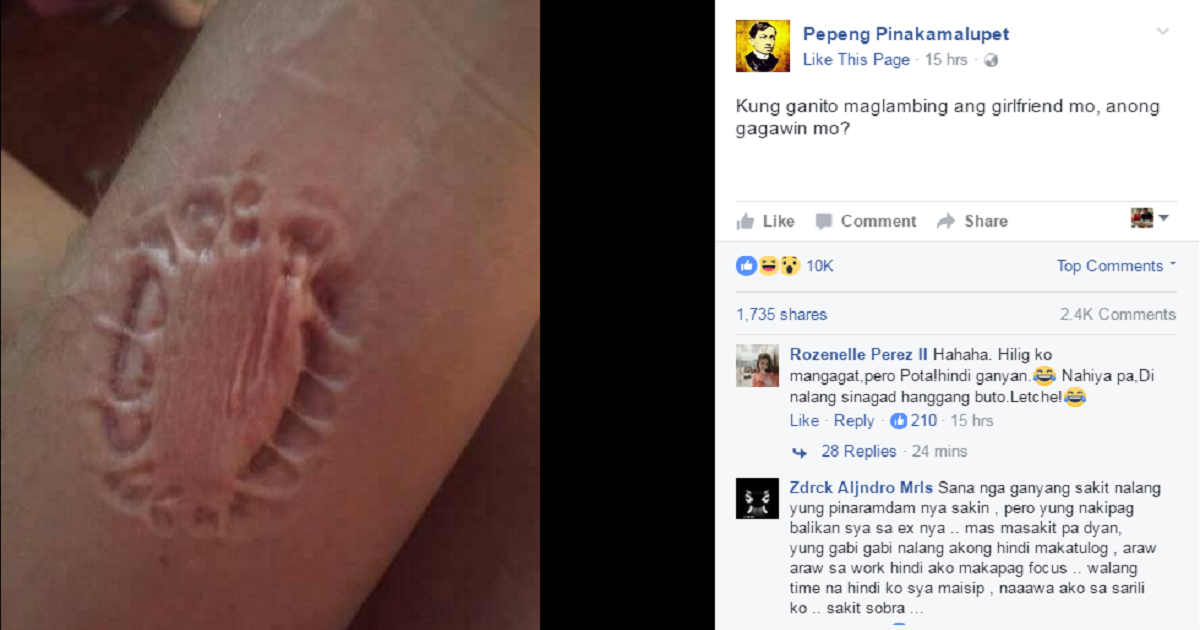 The post gained mixed reactions from netizens; although most just laughed it off and shared their own stories or versions of how they show affection to their partners.

Others advised the guy to bring his girlfriend to the dentist and have all her teeth removed so she couldn’t bite him that hard. LOL. Others hinted at the possibility that the girl might not be showing affection but was actually chomping on him that hard because she was angry. 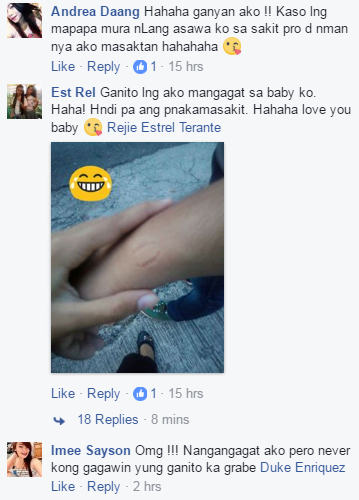 Still, majority of the comments were positive and only a few suggested that he break up with her because she’s abusive. Oh well… 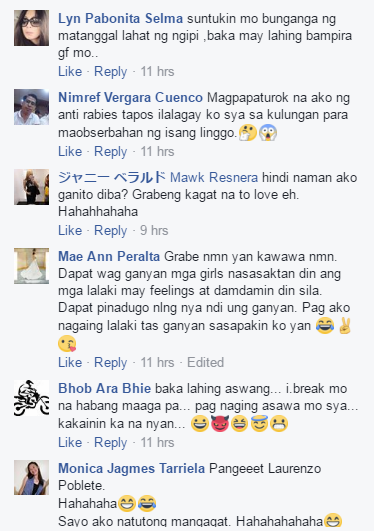 So, if your girlfriend shows affection in this manner, how would you react and what would you do? Hmmmmmm.