A water skiing baby has gone viral for achieving an amazing feat. But he received mixed reactions online as there were many netizens who thought that the activity is dangerous for a kid his age. He’s just 6 months old!

At just 6 months and 4 days old, Rich Casey Humpherys broke the world record as the youngest water skier in the world! At the age when most kids are still unable to stand up on their own, Rich is already making waves at sea, quite literally. 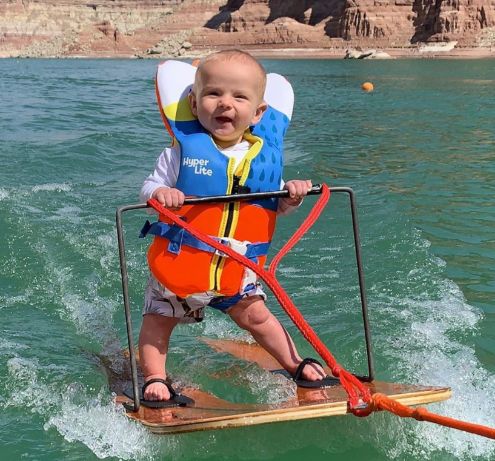 Casey and Mindi Humpherys, Rich’s parents, made him practice on land before putting him at sea for a real water skiing activity.

“I went water skiing for my 6 month birthday. Apparently that’s a big deal… #worldrecord,” his parents captioned the post they posted on social media, proudly showing their baby’s amazing feat.

But while the family is definitely adventurous, many netizens were not pleased. A lot of them were scared of what could have happened to the baby and how this adventure and surely the ones his parents would make him go through at a young age could affect his development.

There were also many who pointed out that a baby who’s just 6 months old could not understand instructions and might actually fall off from his perch on the board. It only takes a few seconds for a child that age to drown! 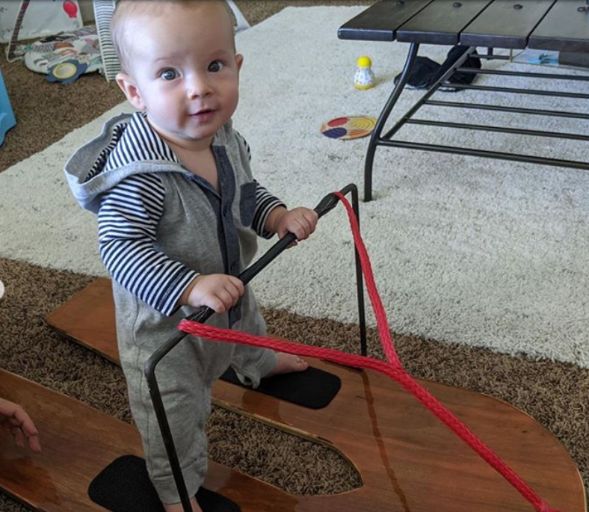 Casey and Mindi say they appreciate the concern but don’t see anything wrong with the situation. They also explained that they went to a pediatrician to ask whether it was safe for Rich to do the activity.

“He was super impressed with, you know, how far along Rich is. He said it’s fine and not to worry about it,” Mindi explained.

“I really feel like the majority of criticism comes from people caring and people just being concerned and wanting best for our child, and so, honestly, we appreciate that,” Casey chimed in, adding that he was there by Rich’s side on boat traveling alongside the baby. 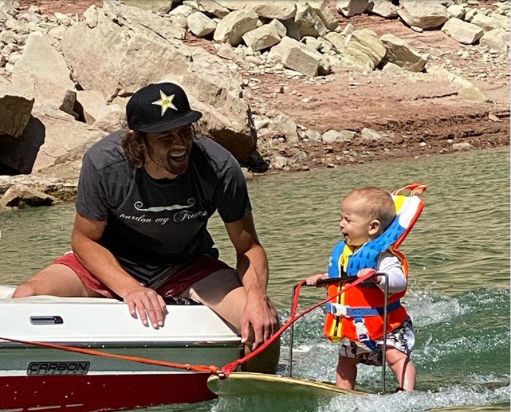 What Age Do Babies Learn to Stand Up

Kids go through the milestones in child development at a different rate but most kids learn to stand up between 6 1/2 and 8 1/2 months, but only if they are holding on to something. They can pull to standing position at age 8 to 10 months and could stand up on their own at around 2 seconds between 9 and 11 1/2 months.