Chastain introduced the durian to the popular TV show host as the “king of fruit” in Asia and as “the bleu cheese of fruit.” Of course, those who have already tried the fruit are already well aware what that means – this isn’t a fruit for the faint of heart. Besides, this is a fruit that’s mostly known for its offensive odor. 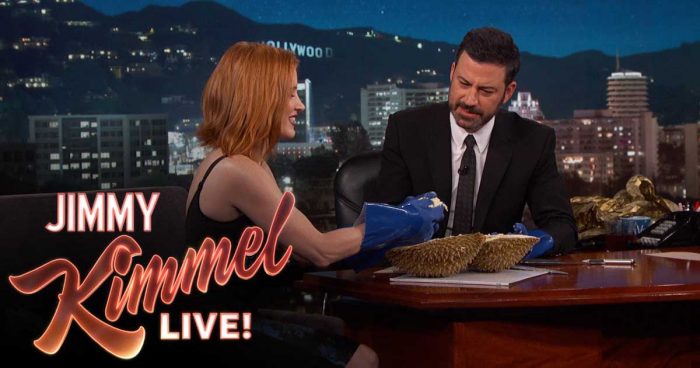 The actress told the story of how she discovered and fell in love with the fruit while she visited Singapore and Thailand. The host, on the other hand, was thinking Chastain was simply playing a prank on him. He was hesitant to give it a try unless the actress took the first bite – which she gladly did.

Eventually, Kimmel was left without a choice but to eat his share of the fruit. What was his reaction to the fruit? Well, you can watch the video below:

Uploaded on the official YouTube channel of the Jimmy Kimmel show, the video easily gained online popularity as it attracted over 806,000 views as of this writing. Our hats are off to Jimmy Kimmel for being such a sport plus we couldn’t help but admire Jessica Chastain for her exotic taste. 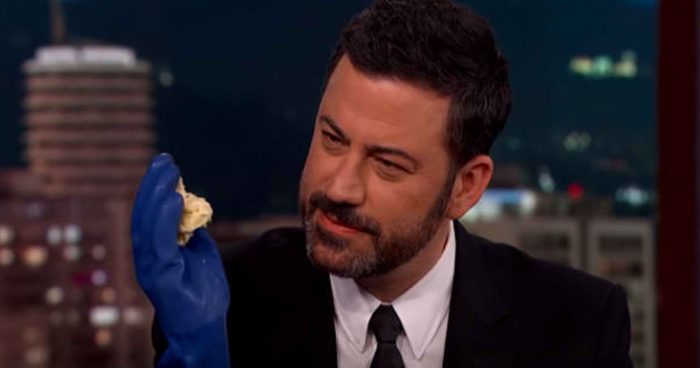 True enough, durian is a fruit that you would either love or hate to the extreme. Those who like it will confess that it is an acquired taste but once you begin loving the foul-smelling fruit, you’ll never get enough of it.

How about you? Do you eat durian or not? Hit the comment section below and tell us about it.