Home
Entertainment
Duterte Has No Plans of Declaring Martial Law

Duterte, who pushed for the burial of late dictator Ferdinand Marcos at the Libingan ng mga Bayani, claimed Martial Law didn’t improve the lives of Filipinos. 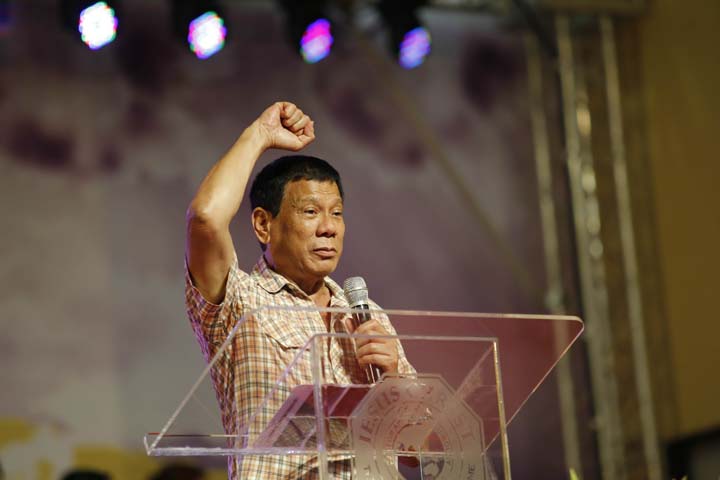 According to Duterte, he would not allow oppression under his administration. He also believes killing criminals, particularly the Maute group responsible for a bomb attack in Davao City, would not solve the problem. Duterte said doing so would only sow the seeds of hatred  in their children.

“We need to unite now or our grandchildren will suffer… If you can craft a federal set up in 3 years with a strong president, I will resign,” he said.

Instead of imposing Martial Law, the former mayor of Davao City intends to give “blanket authority” with assistance from the military to local officials if their community is not safe anymore.

For Duterte, federalism would solve the conflicts in Mindanao. He aims to have this form of government installed in the Philippines.

“If I cannot work out a system after Oslo in Norway, I cannot work on the federal setup and make it work, then I would tell you, I am a failure, and I would concede my being a President, Duterte said.