A note apparently suggesting human rights abuse in China was  reportedly found in a pair of Primark socks.

Lucy Kirk posted the mysterious letter written in Chinese online a week after her father bought the pair in Huddersfield. Kirk requested that the note be translated in English. 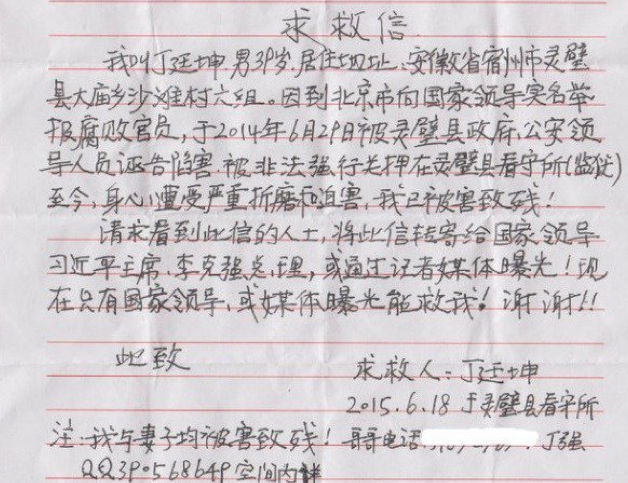 According to the letter, a 34-year-old man named  Ting Kun Ding tried to report corrupt government officials. However, his actions got him imprisoned for the crime of “blackmail”.

The disturbing letter further detailed the torture of Ting Kun Ding and his wife experienced. While his father was murdered in May 2014, his wife was forced to stay inside a mental institution.

The controversial letter, which highly circulated on social media, has sparked the hashtag #HelpTingKunDing on Twitter.

Kirk told UNILAD UK: “I’ve been advised to go to the Chinese embassy but the note specifically said to go straight to the media and the Chinese government, so I’d like to stick by the request really, out of respect.”

Over the past two years, several news of notes making their way in Primark’s products have been reported.

A report by NewsTalk in October this year revealed that a similar note was found inside a sock at Penney’s store, an Irish brand.

Note from a Chinese Prisoner Found in Saks Bag

Stephanie Wilson discovered a note, containing a plea for help from a man imprisoned at a Chinese prison factory, inside a Saks bag she bought in September 2012.

Signed by Tohnain Emmanuel Njong, the note says: “We are ill-treated and work like slaves for 13 hours every day producing these bags in bulk in the prison factory.”

Also enclosed in the note is a passport-sized photo of Njong.

News website DNAinfo was able to track Njong who was already released on a reduced sentence for good behaviour in December 2013.