At archaeological site Teppe Hasanlu in northwestern Iran, archaeologists were surprised to discover a pair of skeletons locked in an eternal embrace with each other. Estimated to be around 2,800 years old, the skeletons were believed to come from as far back as 800 BC.

The man and the woman appeared to have been buried alive – and it is believed that they were trying to hide in the bunker during a great war but the ground above them collapsed into their hiding place, creating a sealed tomb where they suffocated to death. 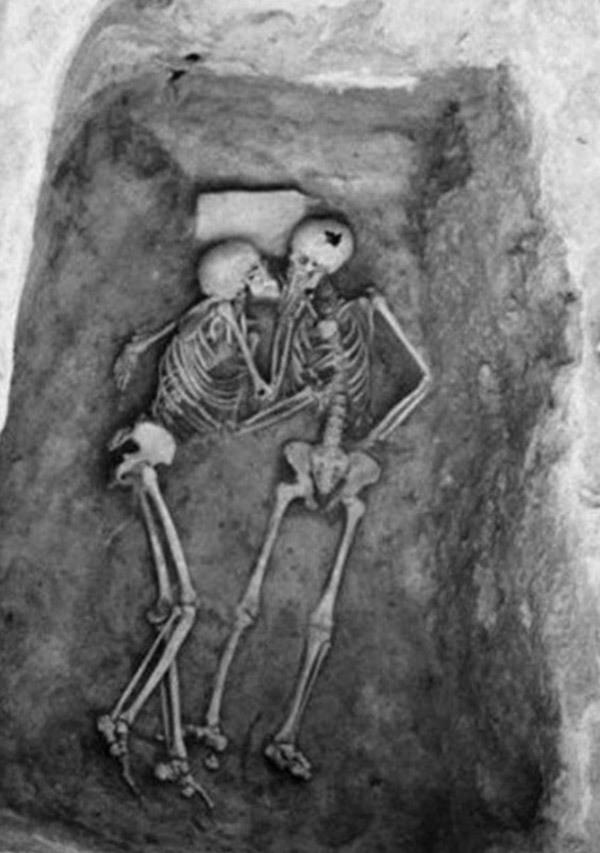 Still, even in the darkness and difficult situation they were stuck in, the two no longer tried to crawl out but were locked in what seemed like a tight embrace. The man had his arms around the woman while her body was turned towards him, and their skeletons appear to be kissing each other.

They are now dubbed as the “Hansanlu Lovers”.

It was a beautiful sight albeit a creepy one, considering they were both skeletons – yet it was also something rare and wonderful. After all, isn’t it awesome for them to be buried together while locked in a tight embrace, forever kissing each other?

Of course, the circumstances of their deaths were quite grim and we wouldn’t want to wish it on anyone but, still, there’s something romantic about being locked in that eternal embrace with the love of your life – and it’s more beautiful than the story of Romeo and Juliet, don’t you think so, too?

Who are Romeo and Juliet?

Romeo and Juliet were a pair of star-crossed lovers in a tragedy written William Shakespeare. Their respective parents disapproved of their relationship. Their untimely deaths would ultimately reconcile their warring families.

The story is one of the most popular love stories in the world, even to this day.