A man consuming mud for the last 17 years claims that his bizarre habit has made him disease-free.

Rameshwar, a farmer living in Uttar Pradesh’s Muradabad district in India has become popular in his city because of his strange appetite for mud. He consumes it on a regular basis and believes that his weird diet keeps him fit and healthy. 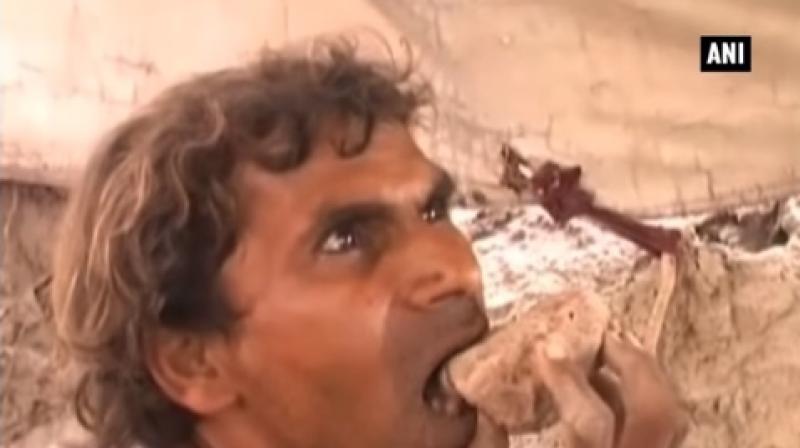 In fact, he has made mud his “bread and butter” as he eats 500 grams of mud every day.

According to Rameshwar, he started eating mud after suffering from a disease that caused blood to come out from his mouth. His doctors told him that there is no cure to his disease. Following this, Rameshwar began consuming mud that he believes cured his disease.

“When I got bathe in the Ganga, I eat sand. It keeps my stomach clean,” he said.

A local doctor said Rameshwar’s habit can cause him trouble.

“This is a disorder known as Pica. It is mainly found in children due to deficiency of calcium and mineral. But gradually it becomes a psychological disorder that creates the urge to consume such substances,” the doctor said.

According to the doctor, long term consumption of mud can cause ulcer and affect the appetite.

The Symptoms of PICA

Individuals with PICA compulsively eat non-food items with no nutritional value. While some items being consumed are relatively harmless, the disorder may also lead to serious consequences such as poisoning. It commonly affects children and pregnant women and is usually temporary.

According to Healthline, a person must eat nonfood items for at least one month to have this disorder.

Here are some of the things that you may eat regularly if you have Pica.