Dead for over 90 years now, Rosalia Lombardo remains a mystery to many people. At age two, she died of pneumonia. Her father, Sicilian Official Mario Lombardo, could not accept the fact that she died. So, he sought the help of notable embalmer and chemist Alfredo Salafia to have Rosalia’s body mummified.

Alfredo succeeded in this endeavor. In fact, his success was so tremendous that up to this day, Rosalia’s body does not look like your typical mummy but more like a sleeping girl. Many have taken to calling Rosalia as the “Sleeping Beauty”. 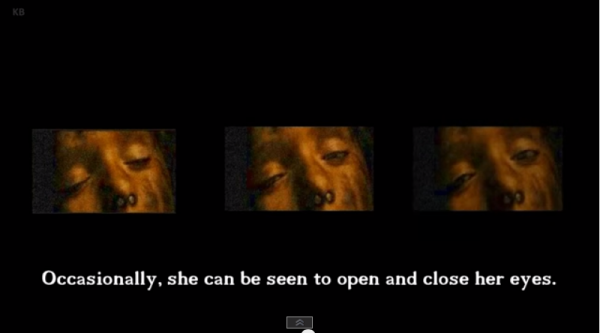 You can see her beautiful face as she “sleeps” peacefully inside the glass casket. However, from time to time, she has been seen fluttering her eyes, as if trying to awaken from a deep slumber. For those who have seen and documented this mystery, they believe Rosalia’s body is so well-preserved that her spirit does not know she is already dead. Thus, she would sometimes go back and attempt to wake herself up but couldn’t because her body had really dried up inside.

Museum curators have a different theory, however, especially because they don’t believe in the spirit world. According to Dario Piombino-Mascali, Rosalia only appears to open her eyes because of an optical illusion due to the lights filtering from the windows. Hmmmmm. I really don’t think this explanation is logical.

Anyway, they moved Rosalia to a new position, so her eyes will be more visible when they open. This attracted more tourists who wanted to see the mummy, dead for over 90 years, look alive again even for just a few minutes in a day.

Would you dare visit the Capuchin catacombs of Palermo in Sicily to see for yourself whether Rosalia really opens her eyes or is it just because of a trick of light?