While walking in his farm some 25 miles south of Buenos Aires, Argentina near Christmas last year, Jose Antonio Nievas chanced upon a huge black, round object he thinks was some kind of dinosaur egg! After all, an egg as big as that would surely be a dinosaur egg, right? Well, he wasn’t entirely correct about it.

While the massive object did come from a long ago era believed to be some 10,000 years ago, the big black object wasn’t a dinosaur egg but a perfectly preserved shell of a giant armadillo from the ancient times!

Scientists who went to the area to help dig out the object and identify the ‘egg’ determined that the shiny object was actually the shell of a Glyptodon, a creature that lived during the Ice Age – and if you watched the Ice Age series, a Glyptodon named Stu was among the animated movie series’ characters; though not playing a major role. 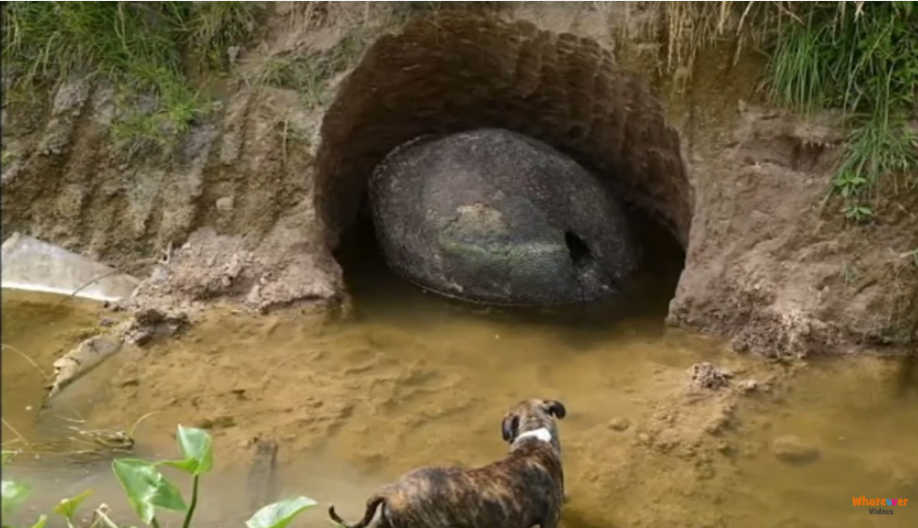 The creature looks somewhat like a cross between a turtle and an armadillo; though it is more related to the armadillo than the turtle family. According to Red Hot Awesome blog, the Glyptodons were known to be rather powerful animals that had very hard shells comprised of some 1,000 bony plates.

The specimen in Nievas’ farm turned out to be just a young Glyptodon but its shell was crushed at some parts, showing that it must have fought against another Glyptodon who was able to break its hard shell.

Nievas enjoyed his 15 minutes of fame as he was featured on some TV stations and internet news sites; though his family admitted to laughing at him when he first told them he found a dinosaur egg in their farm.

Glyptodons were short and stout armadillo-like animals that lived during the Ice Age. Still, they also looked like turtles as they can retract into their huge shells when there is danger; however, while turtles have hard shells on the top and bottom, Glyptodons have soft underbellies.