Two guys who were just having fun climbing a rather thin and tall coconut tree has gone viral on social media, earning anger from netizens after it was shown that the trees were accidentally cut because of their stupid action.

In the clip shared by Danified on Facebook, two guys could be seen climbing one tree each. The coconuts were either planted by the river or were in a flooded area, something that is not clear in the video. 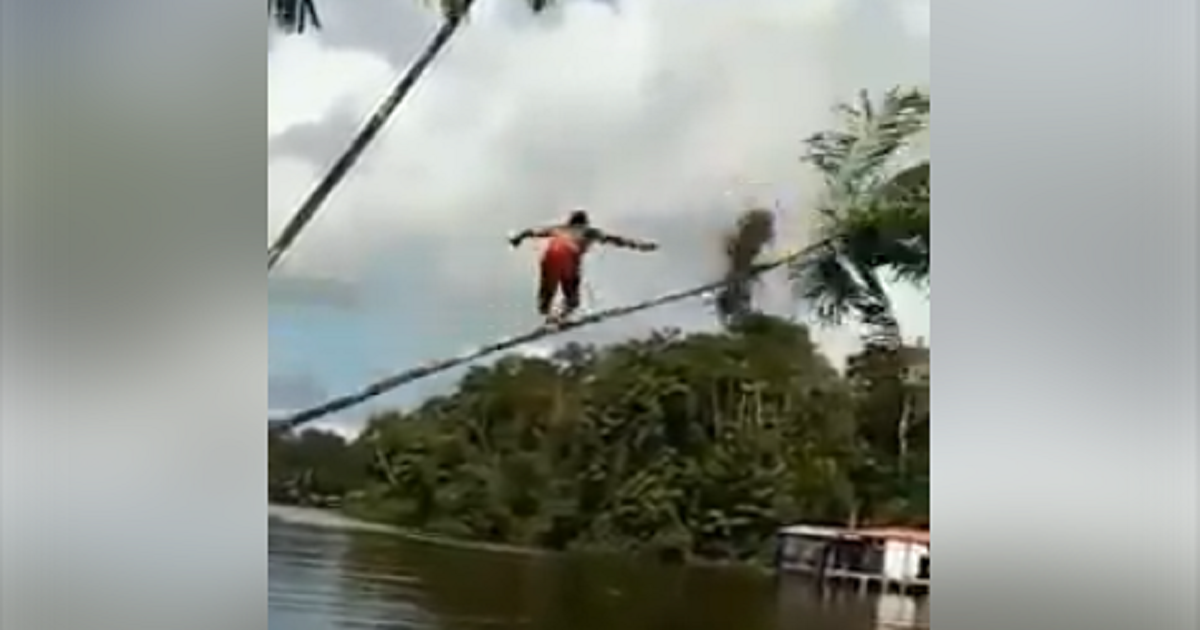 What is clear, though, is that these guys think this was going to be fun. Because the trees look thin and already slanted at a dangerous angle towards the ground, it was easy to see that these could either bend or actually snap into, both of which would throw the guys towards the water.

Despite knowing that, these guys really just wanted to have fun without much thought of what would happen if the trees were actually damaged. A third person took a video of the ‘race’ the two were having up their respective trees.

Even as they reached the middle part of the coconuts, the poor trees snapped because of the heavy weight which was too much for their thin trunks. For this, the two received heavy backlash from netizens who believe that the two were idiots that should be jailed for what they did.

Instead of planting trees to prevent floods and other catastrophes from happening, these two accidentally cut their trees just for a few laughs on social media. Really pathetic, right?

Pathetic is an adjective that means ‘arousing pity’ but also means the same thing as distressing, upsetting, and piteous.