It’s true that dogs can be so mischievous at times, yet many of us wonder if they also feel guilty after doing something wrong? Well, that’s answered in a hilarious video shared by a netizen about a dog that was caught in act while stealing food from the counter. Its reaction was definitely priceless! 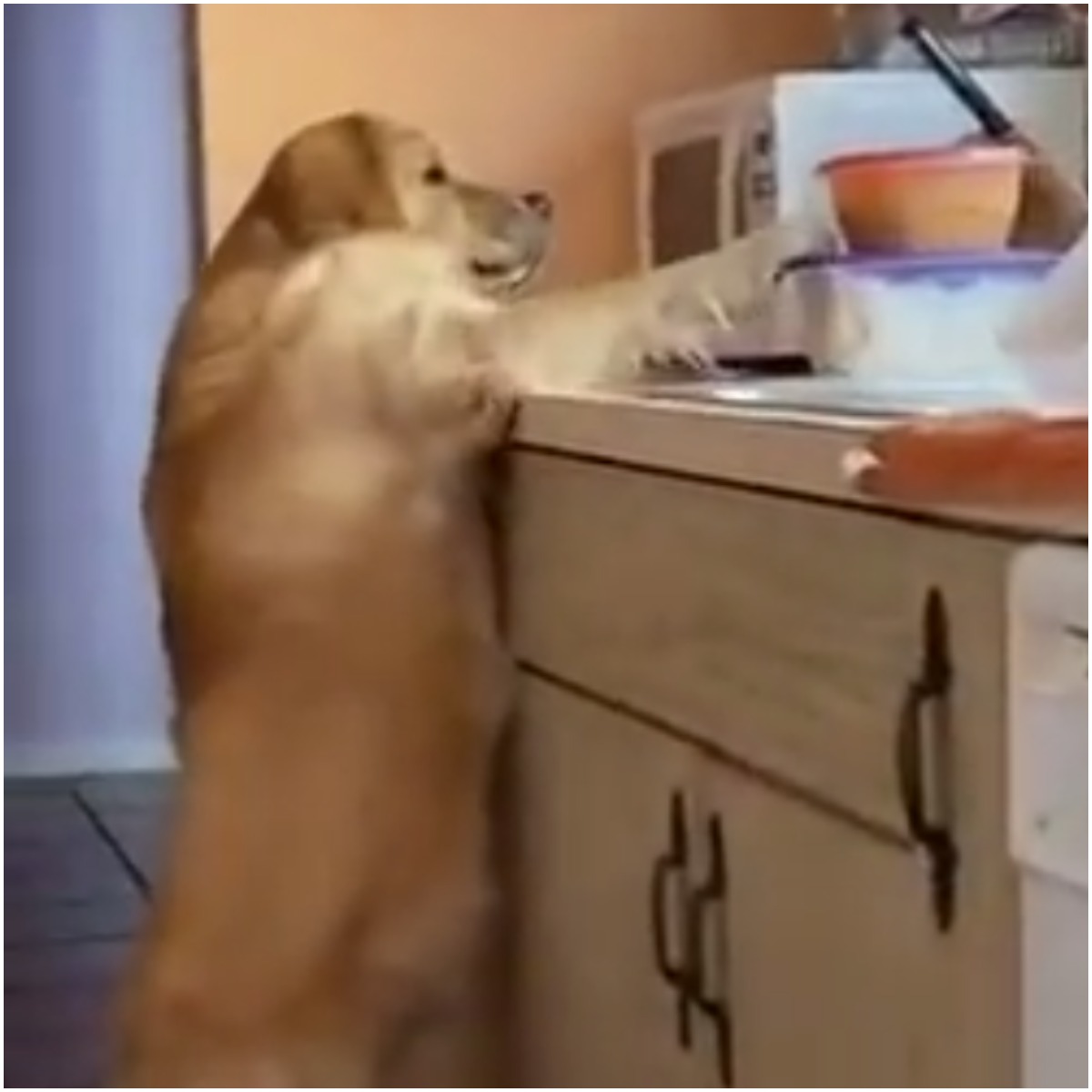 Take for example this golden retriever who was caught in the act as it was trying to steal food from the kitchen counter.

The mischievous dog knew where the good food is stored – and could easily reach the counter! Thinking that no one was watching, the dog carefully stood on its hind leg to reach full height and get the yummy food from where it was stored.

Of course, the mission wasn’t so easy because it doesn’t have hands. But this dog persevered and eventually managed to topple the stack of containers to get the food that it wanted to eat.

The container is closed, but the dog surely knew how to get it open. Unfortunately, the owner was actually aware of what it was doing – and was filming the whole thing. Uh oh.

The clever dog was about to run off with the container when it noticed that someone was there. 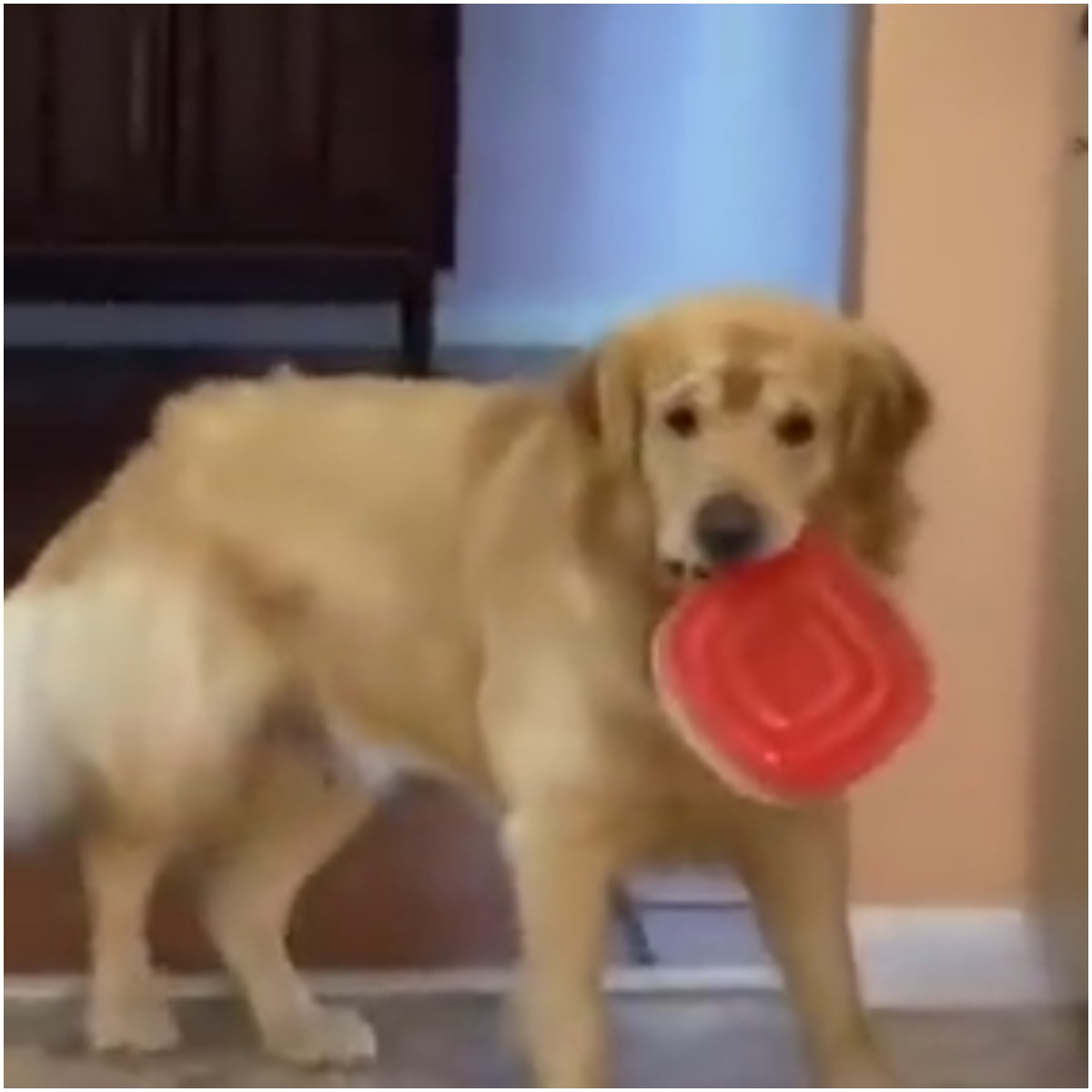 “Unbelievable!” a woman could be heard muttering.

“No! What do you think you are doing?”

The look on the dog’s face was simply so hilarious that this pet owner knew it was too precious not to share online.

The dog appears to be torn between running away with the container and returning it to the counter. LOL.

Dogs can obviously feel joy, sadness, fear, or anger, but can they feel guilty, too?