Have you heard about the amazing story of James Robertson, the Detroit man who WALKED 21 miles to work every day, and did not even miss a single day for 10 years? Well, if you haven’t, then it is time you get to know him.

For 10 long years, James would walk to and from his workplace on a daily basis. Despite having to endure the rain, snow, and other weather elements, this hardworking man did not miss a single day at work.

When a journalist reported James’ story, it quickly went viral and an outpouring of support was given so the dedicated man could have a car and a new home. That was the good part of the story. 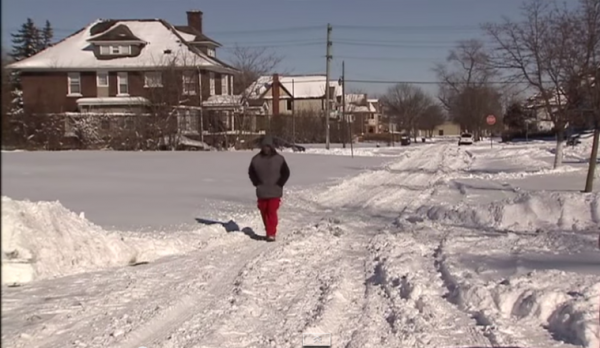 The bad part is that his greedy neighbors and other people who heard of his change of fortune began flocking to his home to ask for dole outs. After all, they reason that it was not his money but funds raised by other people. He already received a car and a home, so they think he should just give away the rest of the money to the other “people in need”.

However, these greedy people actually miss the point. The thousands of people who raised money for James did not do it because he was just another “person in need” but because he was a person in need who actually worked hard and diligently despite his circumstances. He did not make distance and the lack of car or bus service as excuse for not getting to work on time and on every single day of the entire 10 years!

Detroit Police had to regularly patrol James’ home, reports Top Right News. They soon had to move him to a secret temporary home until the popularity dies down and the rest of the greedy people leave him in peace.

It is sad how James is now being targeted by these greedy people who just do not want to work for themselves but want to get easy money from someone who had worked so hard.