Home
News
News & Culture
Who was with Vhon Tanto when the Shooting Happened?

Vhon Tanto, a former Army Reservist and the primary suspect in the shooting of cyclist Mark Vincent Geralde early this week, admitted he was with his child when the road rage happened along a street in Quiapo, Manila

Tanto arrived at the Manila Police District at 6: 52 am on Saturday, July 30. 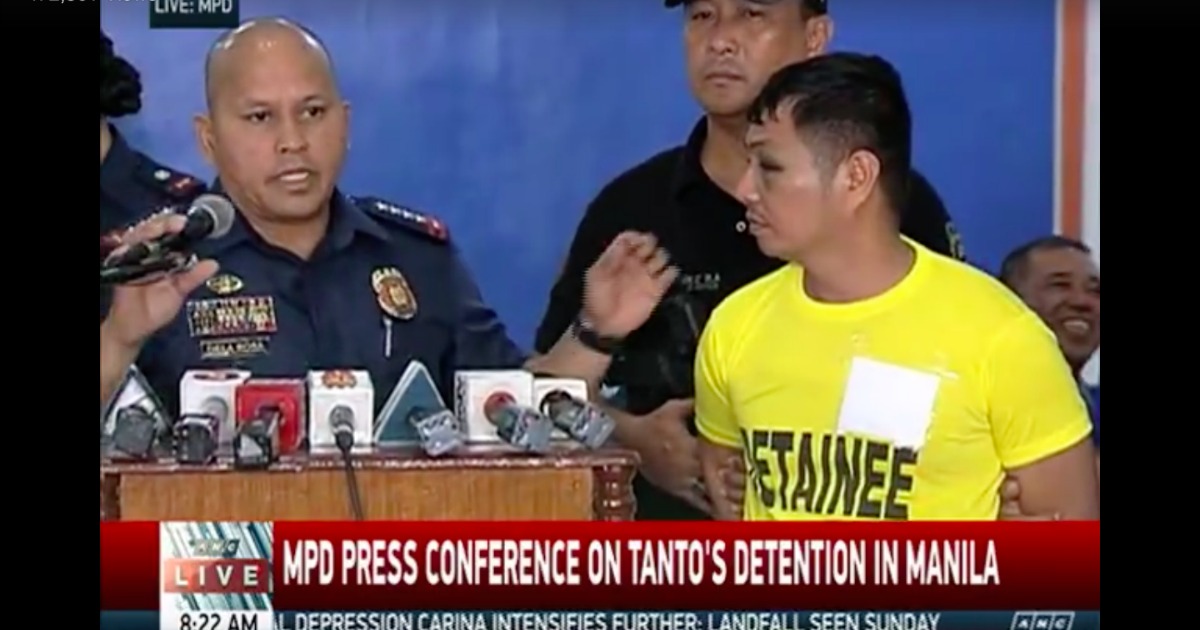 In his exclusive interview with ABS-CBN News on Saturday, July 30, Tanto claimed that Geralde’s arrogance and confrontational stance led to their fistfight and the deadly shooting.

( We came from Bulacan then I dropped my wife and child at home. I was with my second child who was sleeping.)

In his narration, Tanto said their argument started when his vehicle nearly hit Geralde’s bicycle. Tanto claimed that he apologized for what happened but Geralde reportedly cursed at him.

(When he said ‘I will break your mirror’, that ticked me off. )

In a CCTV footage of the incident that emerged online, Tanto was seen shooting Geralde several times following a brief fistfight.

(Everything went black. My child was crying. I didn’t know what to do as I was very annoyed.)

On Friday, July 29, Tanto was captured by elements of the Philippine Army in Barangay Poblacion, Milagros, Masbate. His red Hyundai Eon was earlier recovered in Nueva Vizcaya.

What is an Army Reservist?

A major support command of the Philippine Army, the Army Reserve Command was created for Reserve Force management, organization as well as Government Arsenal procurement, according to Wikipedia.