MANILA, Philippines- A frustrated customer of LBC has aired his negative sentiments on the company after allegedly not giving updates and failing to take prompt actions on a Pera Padala dispute he reported nearly two weeks ago.

Netizen Rom Sarmiento Son claimed he sent Php24,720.00 via LBC Express Robinsons Novaliches to his sibling on August 1. The money was intended to cover the tuition fee of his sibling and cousin. Son was also instructed to specify the branch where the money will be picked up as the amount remitted exceeds P10,000. 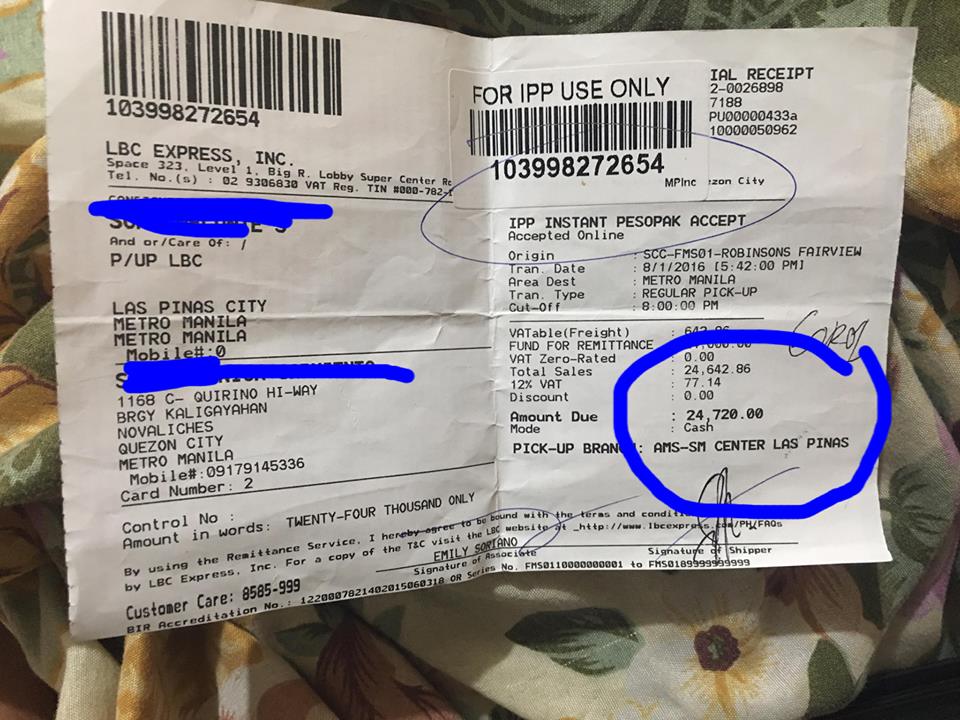 The following morning, Son was surprised to be notified via text message that the money had been claimed. 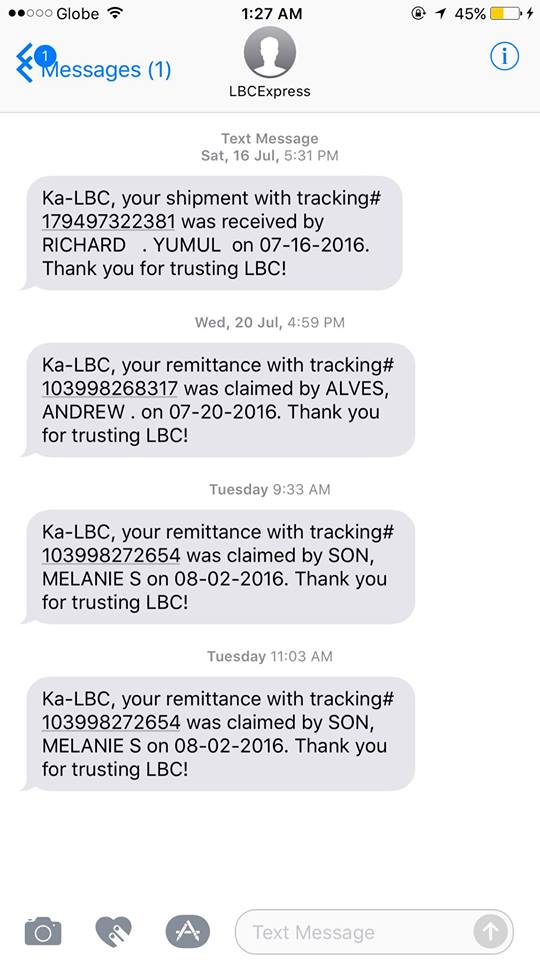 After getting in touch with LBC Contact Center, Son immediately contacted his sibling who informed him that she was in Las Piñas City. This meant it would be impossible for her to have claimed the money in Cebu.

Following the call, Son went to LBC Robinsons Novaliches in an attempt to resolve the issue. Through an LBC employee he identified as Jhoanna Jimenez, Son discovered that the money was claimed by a person who presented a postal ID and an LBC card. Jimenez also showed the ID photo used by the recipient of the money.

In his post, Son stressed that the woman in the ID photo is not his sister. 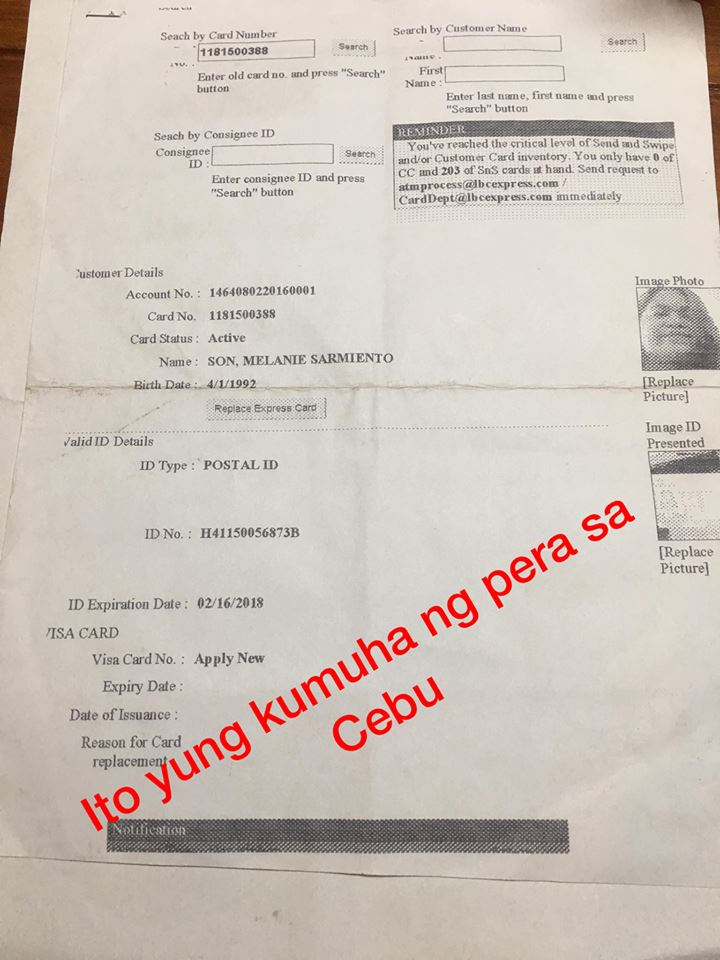 Son said he already filed a demand letter and formal complaint to LBC Customer Care on August 2. The LBC has allegedly has not taken the necessary action to resolve the problem. Almost two weeks after it happened, the incident is apparently still under investigation.

LBC is yet to release a statement about Son’s claims.