Missing his family so much, a sad cleaner in Dubai goes viral as he draws a heart on the sidewalk while thinking of his wife. The poignant photo goes viral, with many netizens saying they could easily relate with this worker’s thoughts.

Just like many people who work far away from their families, Ramesh Gangarajam Gandi misses his family so much and wishes to be with them. But the housekeeping attendant from Telangana, India, has no choice but to work away from them, ensuring that he could provide his family with a better future.

Recently, while sweeping the sidewalk, Ramesh absentmindedly formed a heart from the leaves and twigs he was supposed to clean up. At the time, he was thinking of his wife whom he had not seen for nearly a year. 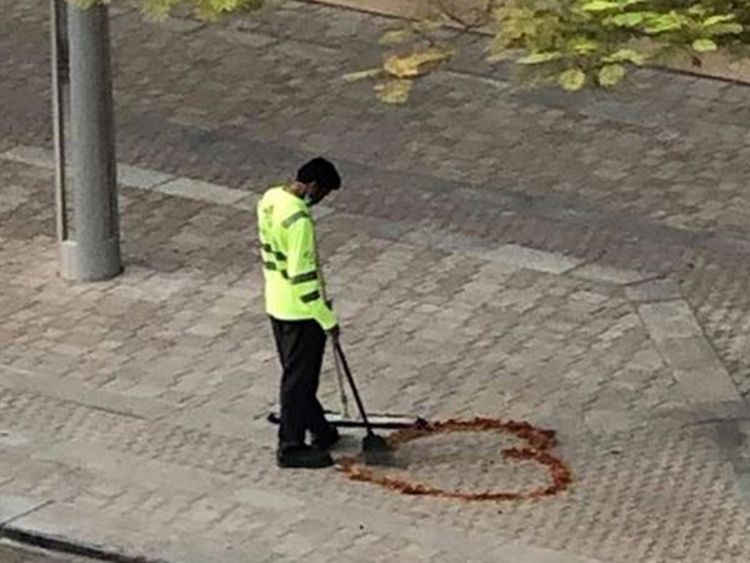 “I was thinking about my wife when I made the heart. I miss her a lot, but I know she knows I love her and am always thinking of her,” the worker later said.

He explained that he married Latha in September 2019. But just a month later, he had to leave her as he flew to the UAE to work at facilities management company, Emrill.

So, we really can’t fault him for thinking about his wife while working. Someone spotted him making the heart and snapped a photo which would soon go viral.

“On the day the photograph was taken, I was just thinking about everyone back home. It is hard to be away from my family, especially because of the pandemic. I think a lot of people are just like me – they are away from the people they love and might be worried because of COVID-19. I think that’s normal. We all want to spend time with our families, and because of travel restrictions, that has been impossible,” he explained.

But what does his family, especially his wife, think about the viral photo? 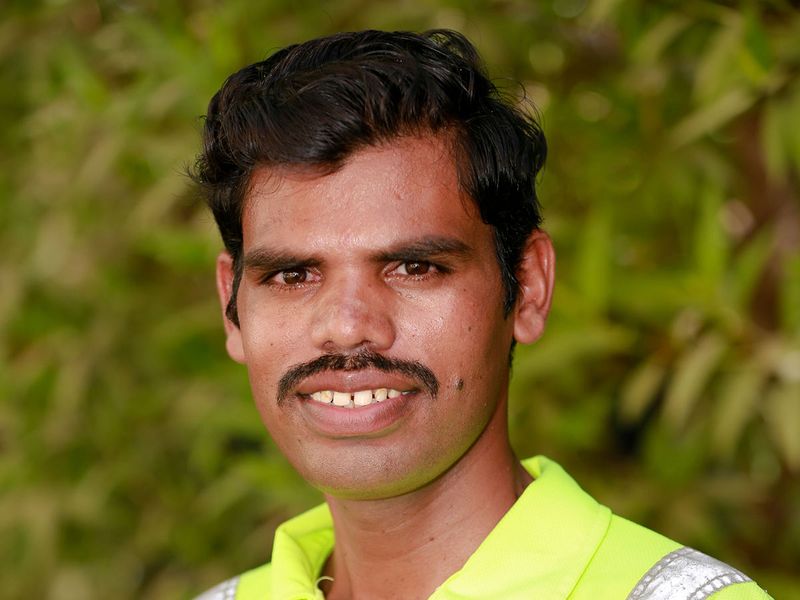 “I spoke to Latha, my wife, yesterday and told her that a lot of people had seen a photograph of me [and the heart]. It made her very happy to know that I was thinking of her, but she can’t believe how many people are interested in finding out more about us. I didn’t even know anyone was watching me when I drew the heart, so this has been a big shock,” he said.

How Did the Heart Became Associated with Love?

While the brain is actually responsible for feelings of love and various emotions, people often believe that it is the heart that is associated with love. This notion dates back to the ancient Greeks in 7th century BC, with poets describing feeling love in their heart.