For those who think that lives of fast food crews are just a breeze, read this. This is a story about a McDonald’s crew from Indonesia who proved that putting together a ChocoTop Ice cream is not just dip and serve.

On January 23 Twitter user En. Barie shared how a new staff dropped his sundae cone ice cream as he attempted to cover it with chocolate.

According to Barie, as soon as he ordered, the face of the worker fell, and he was even asked by the worker if he would like another order. Not knowing that the worker is new, he insisted on the ChocoTop. 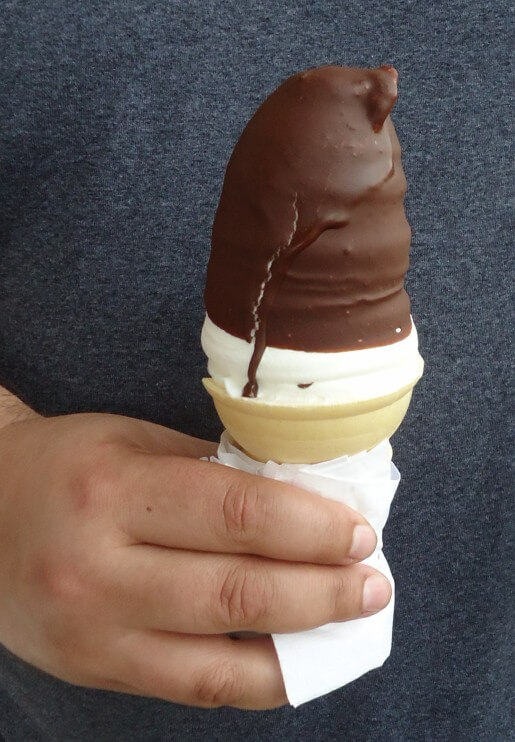 By Tomwsulcer (Own work) [CC0], via Wikimedia Commons

“Just now I ordered a ChocoTop (at a Mc Donald’s kiosk). The worker who took my order immediately changed his face expression from smiling to trembling. He even suggested me to order another ice cream.”

Not having a choice, the worker proceeded to attempt to assemble the ChocoTop but as soon as he dipped the cone into the chocolate, the vanilla ice cream dropped!

“He dipped the ice cream into the chocolate coating and the vanilla ice cream slipped and dived into the coating. First attempt was a failure.”

The second attempt also proved to be a failure, so before trying for the third time, the worker approached the customer and asked if he can just order another ice cream.

“Before the third attempt, he said, ‘Bang, can you order another ice cream? I really don’t know how to make this.’

“I smiled at him and ordered a normal one. Suddenly, he took a deep breath and said, ‘Let me try again bang.’”

The worker then took another cone and attempted for the third time. Before dipping the cone into the chocolate, he took a deep breath. Amazingly, he was able to execute during that try perfectly.

“I heard a loud scream that was filled with joy and excitement. People were looking at my direction. He said, ‘Bang, I’ve made it!’”

Not everything that you see every day is easy, and you’ll never succeed if you don’t persevere.

Hat’s off to this new worker, we are celebrating your success with you.