A bicycle is definitely not the vehicle you would choose to use in a snowstorm yet a man named Tony has been using his for 5 winters in Waterford, Michigan (USA) because he could not afford to buy a car.

Tony needs to reach his workplace located 7 miles (11 kilometers) away from his home so he uses the bike because all his money goes to his wife’s treatment, leaving nothing left for him to buy a vehicle.

Considering the freezing conditions, the 7-mile trips to and from his home are surely difficult yet Tony did not complain because he loved his wife and needed the money from his job to keep them both alive. 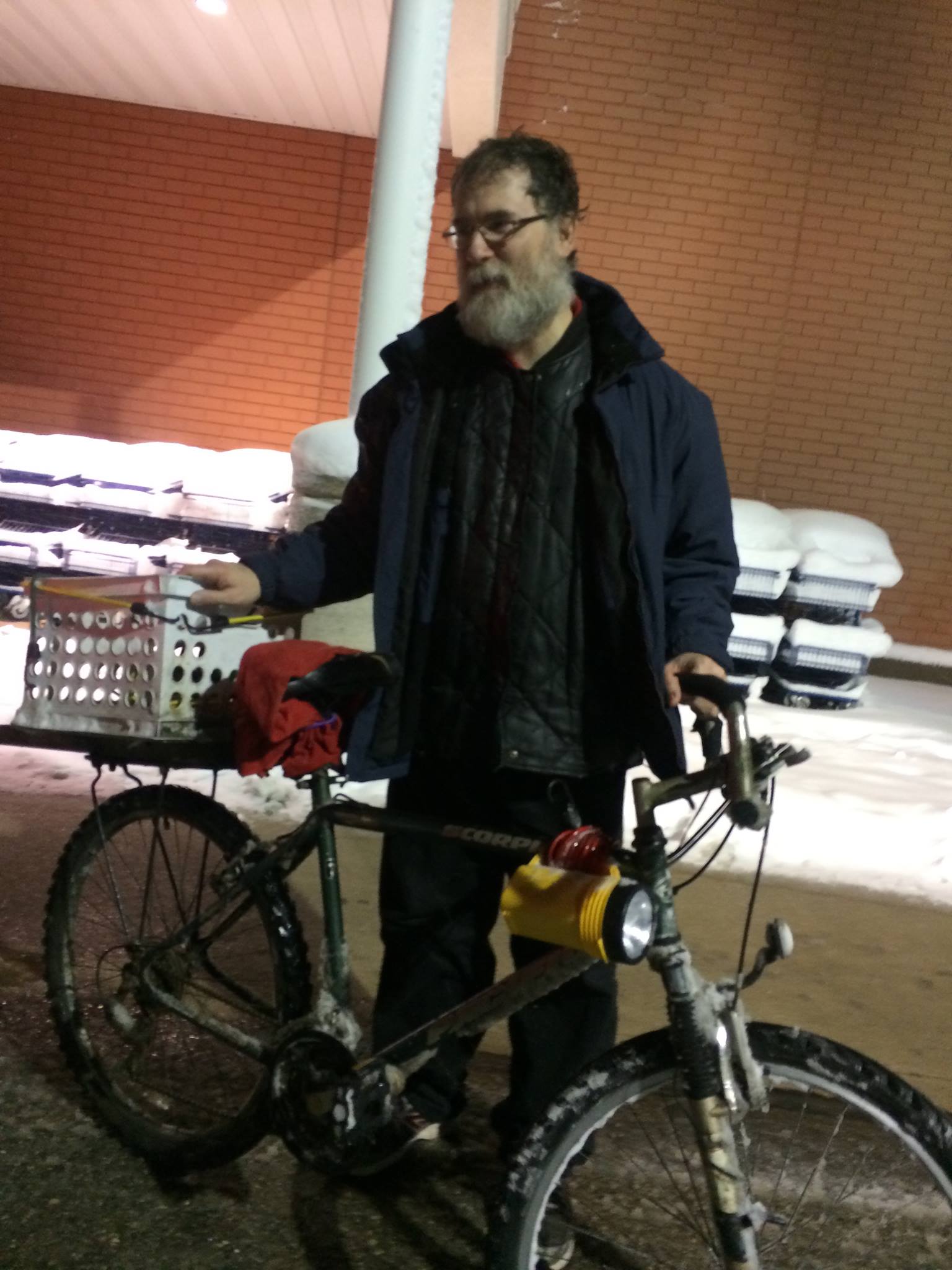 Thankfully, a young man named Jason Kapoor spotted Tony as he was driving his bike in the snowstorm. Shocked at this situation, Jason offered Tony a ride in his car; Tony graciously accepted.

While chatting in the car, Jason learned about Tony’s plight; he would later post the story on Facebook where many people had expressed willingness to help Tony buy a car.

Seizing the moment, Jason created a Go Fund Me campaign to raise $15,000 for Tony’s car. He later increased the goal to help cover the administrative fees plus also leave some money for Tony to use as he pleased – possibly to help in his wife’s treatment. The money will also cover insurance costs and other incidentals.

In 2 days, the campaign has received $17,500 in donations from netizens who were also touched by Tony’s sacrifice for his family.

These days, it is much easier to raise money for a cause because you can just use the internet to create a crowd funding campaign in sites like Go Fund Me. The rationale here is that people can donate any amount for your cause and share the campaign on social media sites to help raise enough funds to reach the goal.

The site takes a certain percentage from the campaign as fee but the rest of the money is sent to the person who started the campaign – in good faith that this person will, then, give the money to the intended recipient.