In the Philippines, most job postings you will see have specific requirements for age, height, and various characteristics that might be considered as discrimination in other countries.

For example, many of these job postings require that the applicant be over 5’2” (or some other height requirement) in height, with ‘pleasing personality’, and not more than a certain age, usually not over 30 or 35.

Moreover, many of these jobs are on a contractual basis, with the contract ending (popularly known as ‘endo’) in just 6 months. While many employers and agencies claim that this is to ‘give chance’ so others can also have a job, the reality is that they are just side-stepping the mandate by the Department of Labor and Employment (DOLE) to regularize employees after the probationary period.

In other countries, however, workers are accepted based on their qualifications – without the limits that are often imposed in the Philippines.

Netizen Cassey Angela Guilermo-garganta Idica-marcelino shared photos of this unnamed grandma, lamenting the sad fact about ‘endo’ in the Philippines and how the same could not be said in Hong Kong. 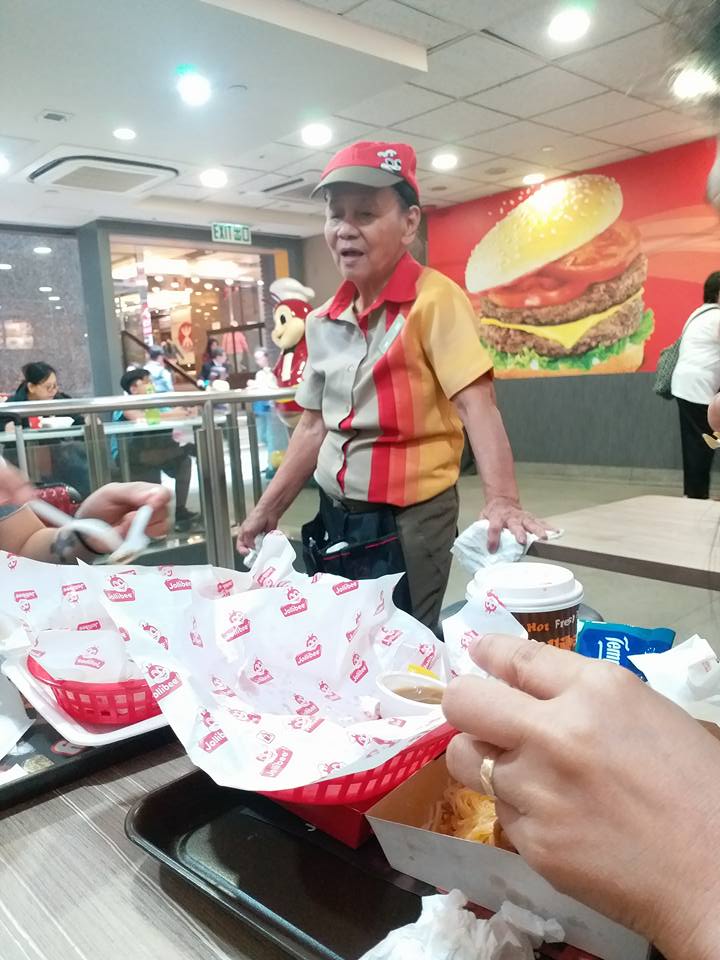 She lamented the sad reality of low salaries and lesser jobs available in the Philippines, pushing people to go abroad in search of a better life for their families. She slammed those who think many people are poor because they are lazy, saying these people just don’t have the opportunities available in other countries.

It is with great hope that she shares the post, wishing that someday the Philippines will have this better mindset so we can see more people like this grandma working without fear of discrimination.