A male overseas Filipino worker (OFW) who works as nurse at a private residence in Riyadh, Saudi Arabia has escaped from his abusive employers after finally getting a chance to do.

Ronald Magcawas had started work at his employer last January, expecting a better life for him and his family but he was shocked when he was met with much abuse in the hands of his employer. Not only was he scratched, his employer also slaps and hits him in various parts of the body. The abusive employer also spits on Magcawas’ face.

According to him, he was forced to shave his hair off because his employer also pulls his hair. At times, the employer would also hit him with a piece of wood in the head. 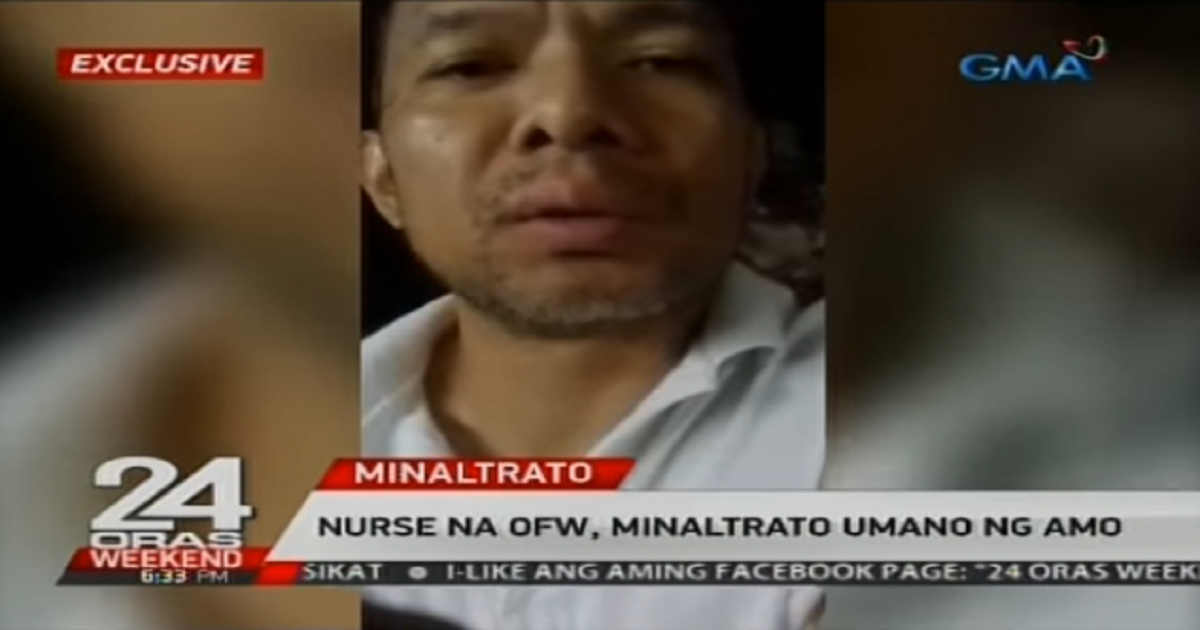 He also hears a lot of hurtful, abusive words from his employer but he wasn’t able to escape earlier. After he was finally able to leave the sick person he was caring for and escape from his abusive employer, he immediately headed to the Philippine Overseas Labor Office (POLO) in the city where he reported the abuses he suffered.

Magcawas also revealed that he had tried to repeatedly tell his recruitment agency about his ordeal but his pleas for help fell on deaf ears.

At POLO, Magcawas was immediately made to go through a medical check-up, the results of which may be used as evidence against his employer whose name he did not disclose.

In response to his allegations that his calls for help were ignored by his recruitment agency, Department of Labor and Employment (DOLE) Undersecretary Dominador Say said that appropriate action will also be done, in case this is proven.

The DOLE has also promised to ensure that Magcawas can get back to the Philippines as soon as possible.