It is a sad reality in life that not everyone can afford to buy the things they need. But a lot of these poor folks know how to make the most of what they have and find a way to solve their problem, even in unexpected ways.

One student in Malaysia recently went viral for using a broken laptop that looks nothing like a laptop at all.

Yeop might be poor but he knows how to put together his broken laptop so he could still complete his papers in school. He taped the screen to a cardboard box to keep it upright. The fan was out of order so he had to break the keyboard part, leaving him with an exposed computer that looks like a dying desktop. 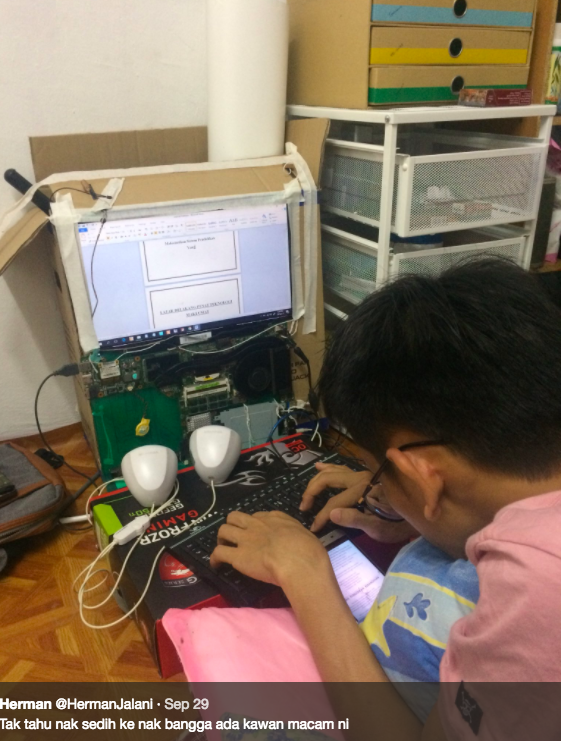 Because he could no longer use the keyboard, he had to attach an external one to type into the broken computer. Thankfully, the USB ports still work, whew!

Yeop’s friend Herman had a good laugh at his computer but also admired his friend’s tenacity. So, he posted photos of Yeop and his crazy laptop which soon went viral on social media. 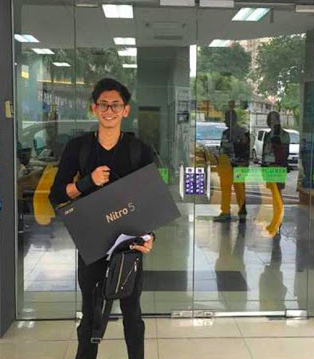 A lot of people expressed admiration at Yeop’s determination, saying he would surely go a long way in life and find success because he knows how to make the most of his situation no matter how difficult things appeared to be.

The post became such a viral hit that it caught the attention of Acer. The tech company was also touched by Yeop’s determination that they decided to give the teen a surprise gift: a brand new Acer Nitro 5! Isn’t that incredible?

He could now work on his assignments and school papers without worrying his laptop would break down or its cardboard-supported screen might topple over. 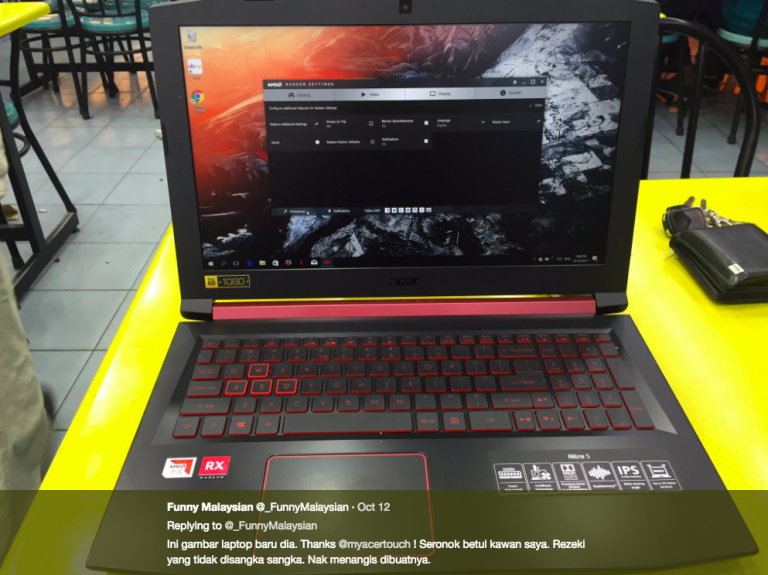 Kudos to Yeop for being a determined, diligent young man and to Acer for providing this teen the boost he needed for his studies.