Antonia Lopez, 16, lives in Nebraska, USA. She had recently given birth to a 2-pound baby but the heartless mom threw the child out the window from her 2-story room.

Some minutes later, perhaps out of guilt, the teen told her mother about the act – but though her horrified mom rushed downstairs to try save the child, it was too late by then. The child was beyond saving, even as the woman tried to revive her new grandkid with CPR before the medical team arrived.

Sensing that cops are going to investigate the matter and possibly charge her with murder, the teen posted a desperate by disturbing appeal on Facebook for anyone with a car to help her escape. 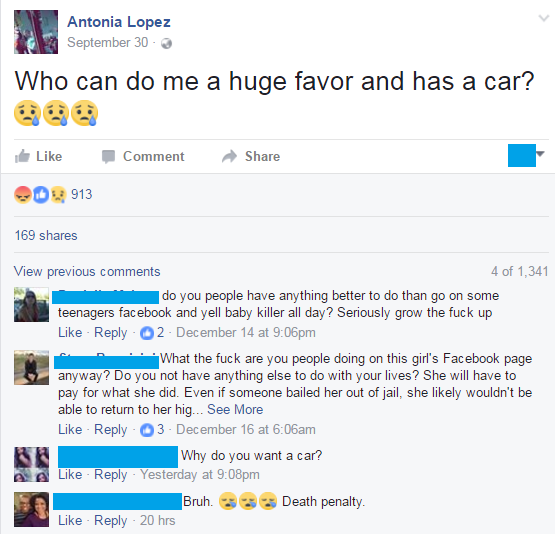 The plan didn’t work, however, as the cops arrived first. She was immediately taken to the hospital for medical evaluation and was later turned to police custody. Although she’s still 16 years old, she will be tried as an adult for murder.

To date, her Facebook page is still active; although netizens have peppered her posts with criticisms and hate comments, with most people calling her a baby killer. The authorities believe, however, that if the teen had received guidance and counseling while she was pregnant, perhaps she wouldn’t have thrown away her baby like it was a piece of trash she wanted to get rid of.

Cops investigating the matter found an old post Lopez shared on Facebook several months before, wherein she wrote about how annoying the fake baby in their home economics class was. Clearly, this teen wasn’t ready to be a mother! 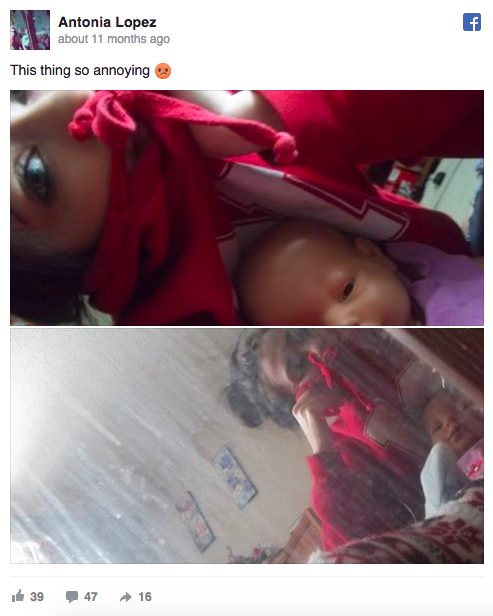 Still, it would be a good idea if teens and single moms would receive counseling and help so they wouldn’t do something like this out of desperation…

CPR means ‘cardiopulmonary resuscitation’, an emergency procedure often performed on an unconscious person in an effort to preserve and even restore brain function until further medical intervention is received.