Everyone will tell you that they would do anything for love – but the truth is, not all of us would actually be willing to do anything and everything for love because there really are certain situations that go beyond our capabilities.

Amazingly, though, there really are those who can do anything and everything for love!

Take for example this sweet guy whose identity we still don’t know as of press time. This noble guy was photographed as he kept a girl safe from the floods. Everyone is assuming she’s his girlfriend.

According to netizen Clydie Summer who shared several photos of the couple on social media, the guy truly made an effort to make a bridge for the girl out of several armchairs from the school but when he ran out of chairs, he gave her a piggyback ride to safety. Isn’t that sweet? 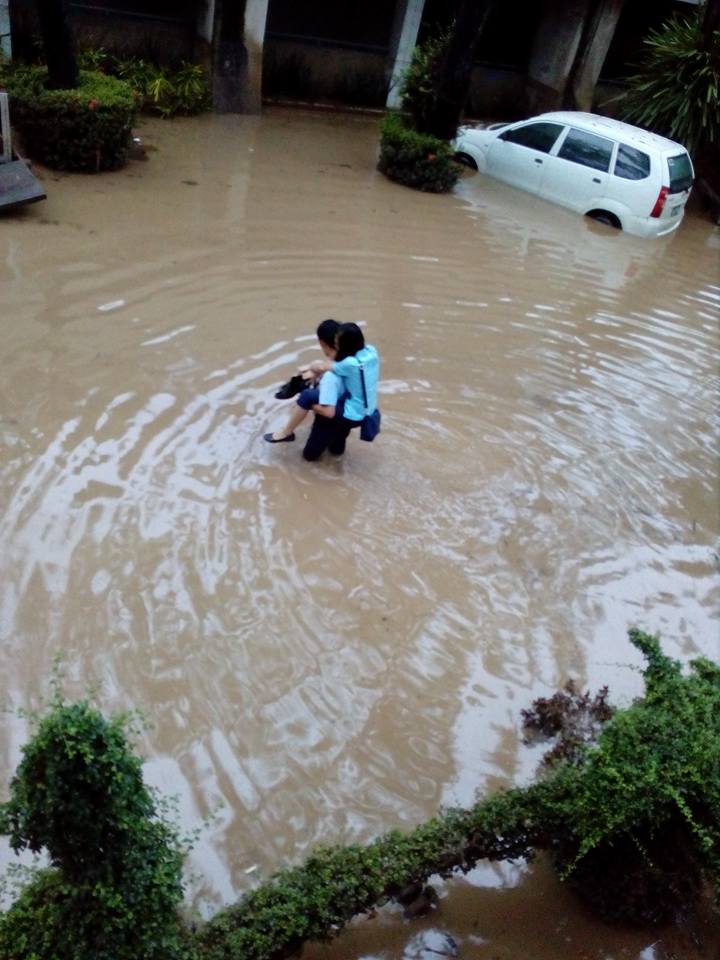 Many netizens gushed over the photos, even telling the girl that she’s quite lucky to have found a man like this who was willing to sacrifice himself just so she would be safe. Many wished they could find a love like this.

There were others, however, who made fun of the situation and even commented jokes like after the couple arrived at the dry part of the school, the girl’s real boyfriend was waiting and thanked the helpful for bringing his girl to safety.

Others commented why the guy stopped moving the chairs around as that would have been more helpful; although it is possible that moving the chairs was harder work for the guy and it was much faster to just give the girl a piggyback ride to safety. 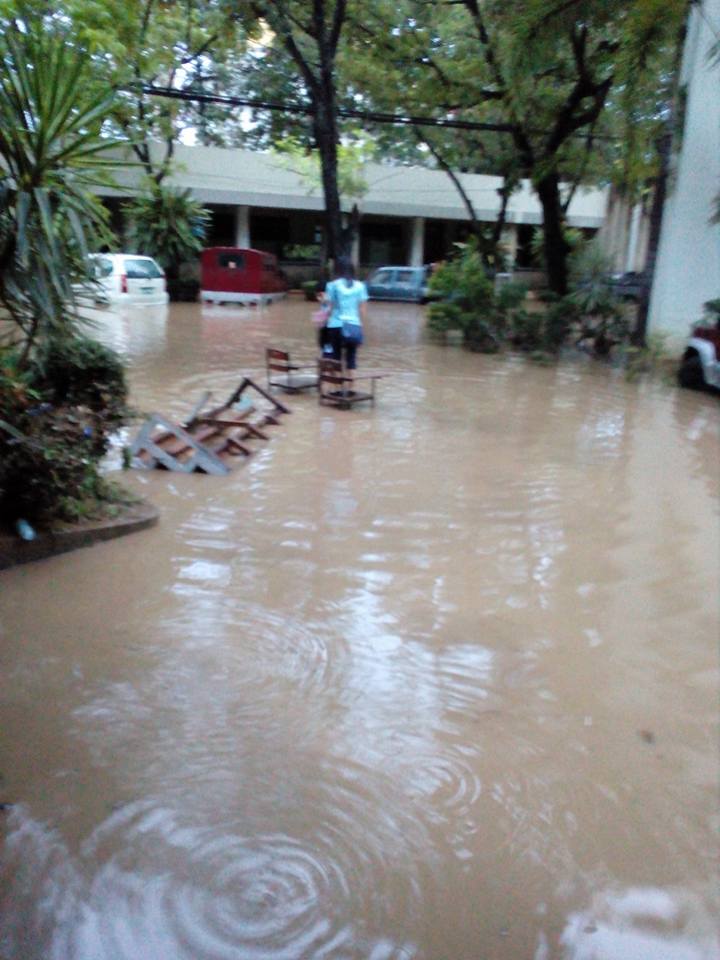 What is a Piggyback?

Piggyback is a type of carry wherein one person is riding on another person’s back.