See – Woman Goes Through 50 Operations to Look Like Angelina Jolie

A lot of people could not help but comment on her looks, with some even calling her the ‘Corpse Bride’ and saying she looks too far from what she had wanted to look like. Others were horrified by what she looks like now, saying she should sue the surgeons who turned her pretty face into a monster. 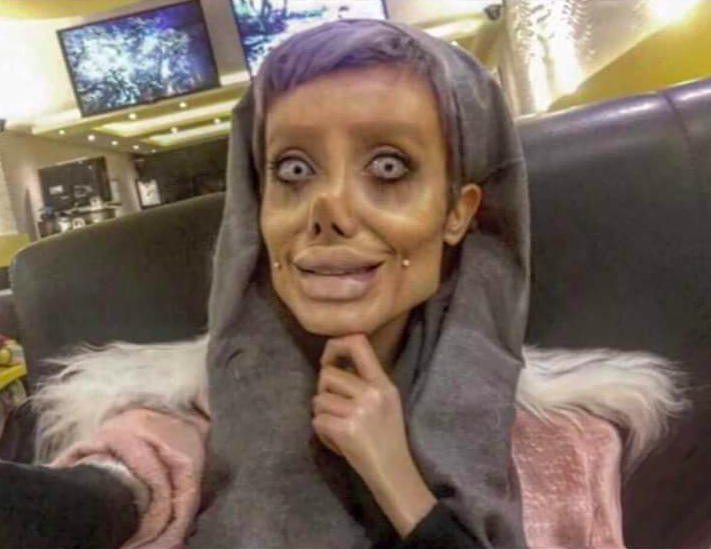 It seems that there was not one person on the net who was pleased with how Sahar looks like now. Most said that Sahar should be the poster person against plastic surgery and cosmetic enhancements, proving that a beautiful lady can turn ugly from undergoing these procedures.

While Sahar claimed she didn’t want the world’s attention, she would become such a viral hit that her life has been turned upside down. She’s been on the receiving end of many hate messages and taunting jokes. 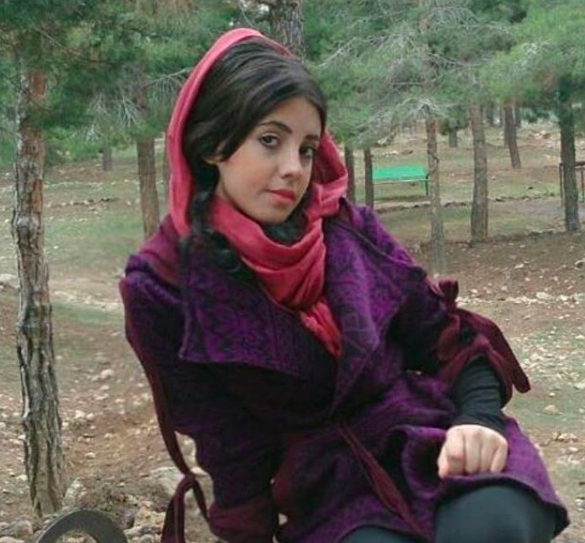 She would later post a short but scathing post, slamming those who believed her ugly photos were for real.

“I must say I [did not have 50] surgeries, and foreign sites and channels were very biased in the way they talked about my photos. I thought these people are probably living in the 18th century and they haven’t seen or heard of technology or makeup and they are really surprised,” Sahar posted on Instagram.

Perhaps too fed up about the hate she continues to receive, Sahar eventually put her account on private mode, only allowing access to her 400k followers.

Proving that she’s just a fraud who was faking the grotesque photos, she would also provide ‘real’ photos of herself, showing her beautiful and normal looks.

“This is Photoshop and makeup. Every time I publish a photo, I paint my face in an increasingly funny way. It is a way of expressing yourself, a kind of art. My fans know that this is not my real face,” she explained.