Freckles are a small patch or spot on the skin that is of a different color, often light brown but could also range in color to dark brown, depending on the person’s melanin composition. Because they are harmless and occur naturally on the skin, most people don’t really mind them at all.

But a recent viral mystery has hit the internet after people realized they actually have a freckle on their wrist, at about the same position – and thousands of people have discovered this is actually true!

You really have to check your wrist right now! Can you see a spot? 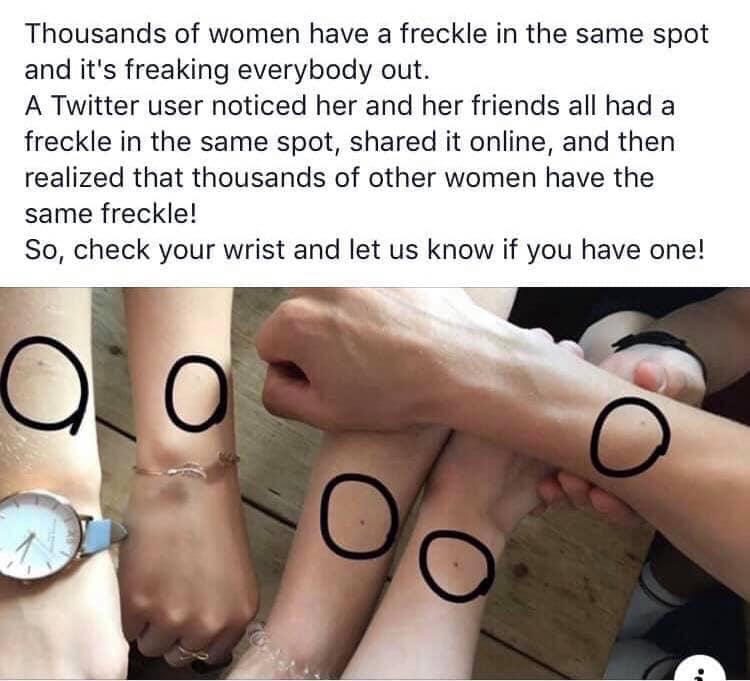 This has really got the entire internet freaking out because thousands of people across the world are sharing their photos – with so many people having the same wrist freckle from all over the world, this can’t be some government conspiracy, huh? After all, these people belong to many different countries!

This mystery trend had apparently started out when a Twitter user by the handle @aarynwhitley posted a rather innocent question on her account. 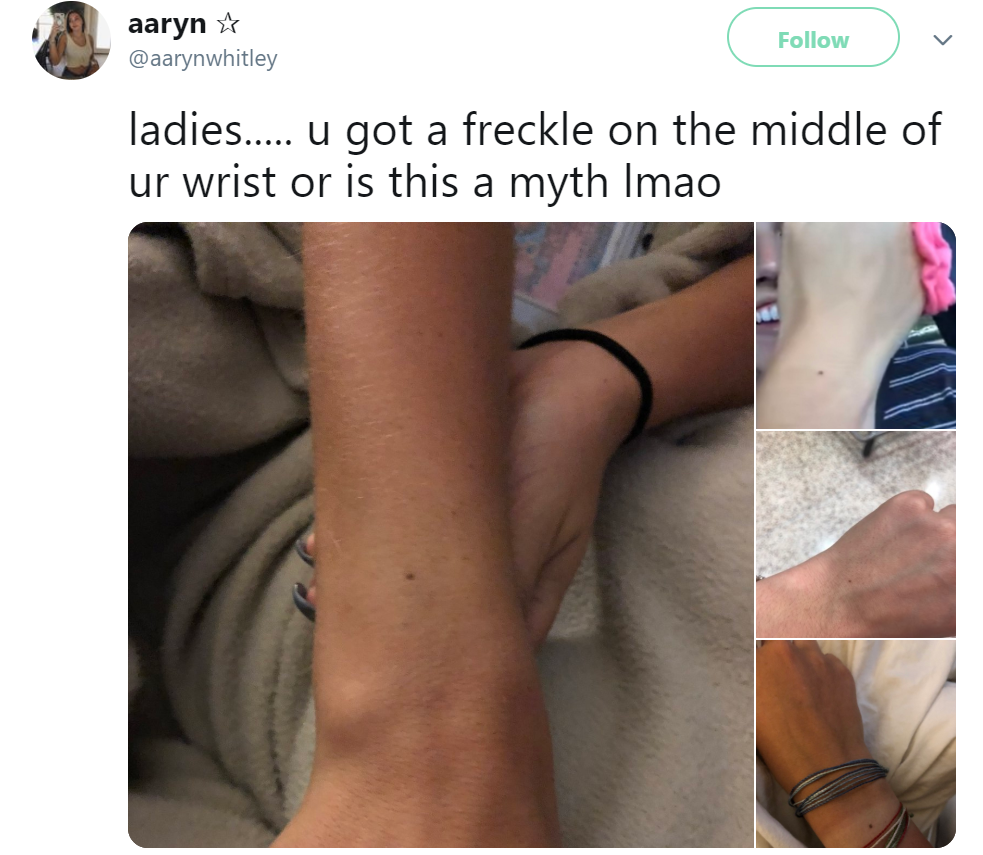 “Ladies… you got a freckle on the middle of your wrist or is this a myth?” @aarynwhitley wrote.

Her friends posted photos of their wrist, with a similar freckle at about the same spot! But the post would soon gain fame across the internet because many people discovered they do have that same spot, too!

Several people commented that they are ‘freaking out’ because they could not believe so many completely strangers have the same wrist freckle – it can’t be a genetic thing, huh? 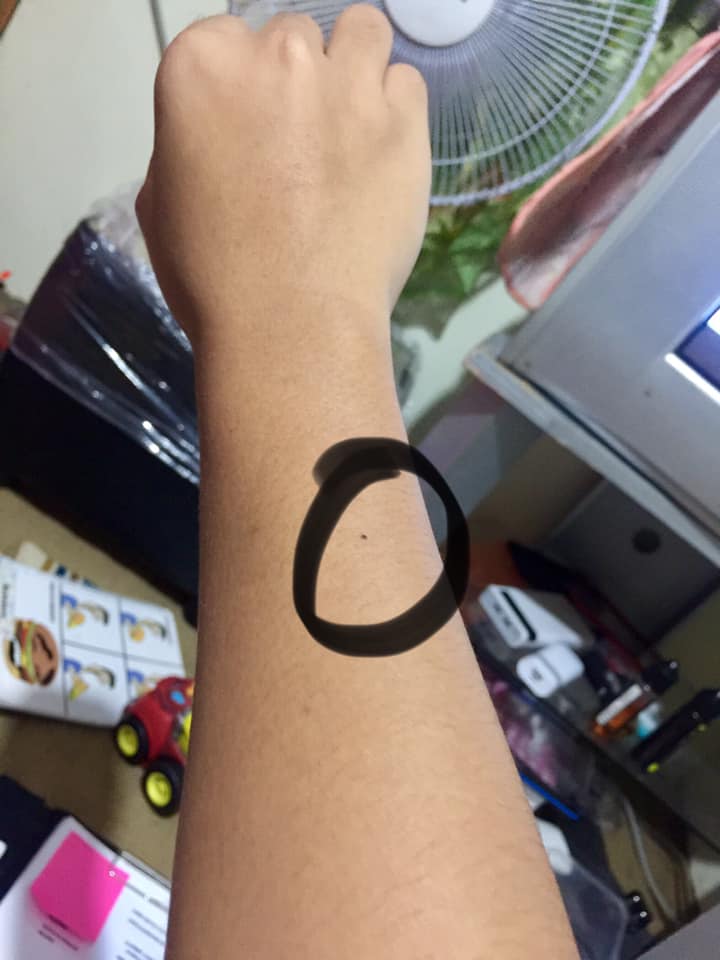 Many have also discovered that the freckle appeared more in women than in men, at least based on the response the viral post was getting on Twitter. But the meaning of the freckle remains a mystery! Some people are joking that this could be the mark of a secret club, yet it is such a secret that no one even knows what the secret club is for. LOL.

So, do you have this wrist freckle?