A shop owner who often leaves food outside her shop for dogs to eat was surprised when the food keeps disappearing despite her not seeing a lot of people walking with their dogs along her restaurant. She had to repeatedly replenish the dog food just in case some dogs would pass by and need to grab a snack.

After having to repeatedly add food to the bowl several times a day, she finally thought of asking help in ‘catching’ whoever was eating the dog food. With the help of a crew from SoFlo, they set up hidden cameras around the shop to learn what actually happens to the food that the shop owner places on the dog bowl.

Much to everyone’s heartbreak, they finally discovered who it was – and it wasn’t a group of dogs or cats but a homeless man! 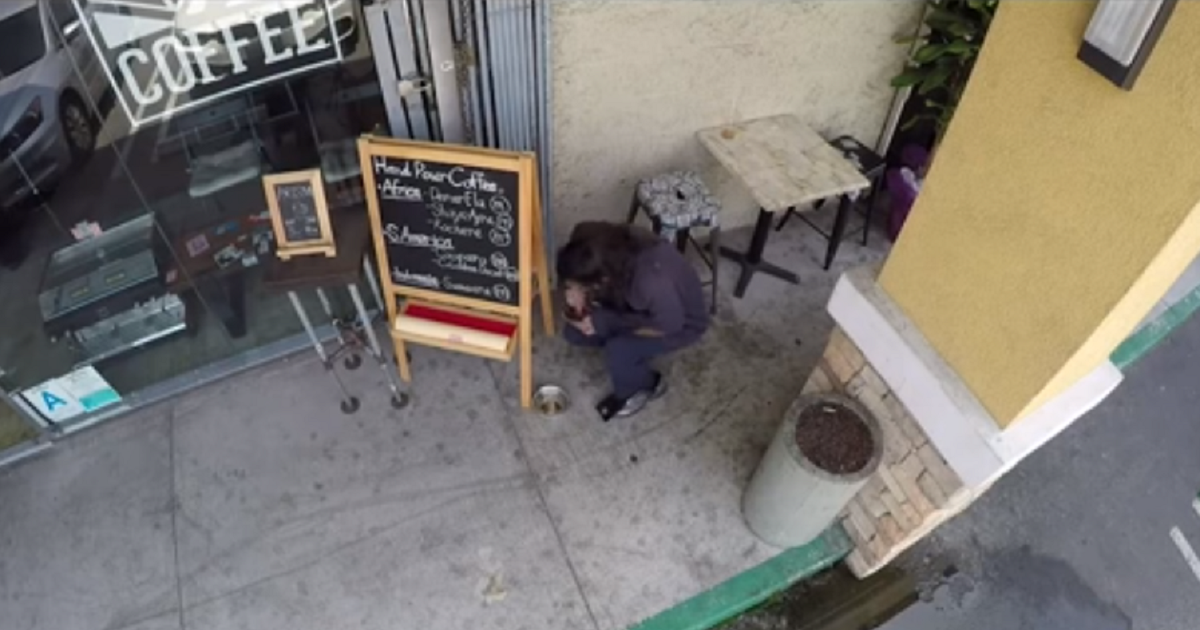 Screenshot of video from YouTube/SoFlo

This homeless guy looks around to check whether people are watching. Seeing that there was no one around, he crouched on the floor and ate the dog food! While it might gross some people out, the act was of someone desperate to have food! It certainly made us cry…

The shop owner, shocked to discover that a person was actually eating the dog food, immediately rushed to the man who tried to run away and implored her not to call the police because he didn’t mean any trouble. She didn’t call the police; instead, she offered him clean food and told him to drop by at the shop and ask for food the next time he gets hungry, instead of simply eating the dog food set outside the shop.

Some people commented how this video was completely staged but whether it was staged or not, SoFlo was right – “It’s not how much we give, but how much love we put into giving.”

What are Hidden Cameras?

As their name implies, hidden cameras are cameras that are hidden from sight. Often, these cameras are hidden to catch crooks and criminals – as in the case of CCTV cameras.