A little kindness, as they say, goes a long way.

Three years ago, two senior students at Dwight Township High School in Dwight, Illinois went out of their way to help a homeless guy during a blizzard. The man didn’t have a jacket to keep him warm and so they gave him one, along with some clothes and train money so he could travel to Springfield and see his father. 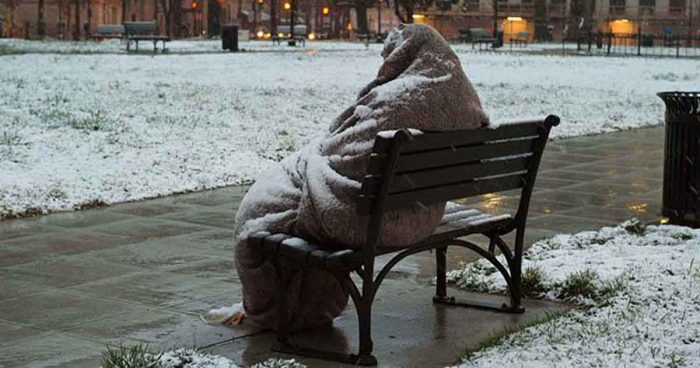 Unfortunately, the man’s father later died. The homeless man, Wade Herter, didn’t have a clue that his father left an estate worth $1.2 million. He has since moved to Santa Monica but didn’t forget to express his appreciation for the two students who showed him genuine kindness.

As reported by Morris Herald-News, the high school received a letter from Herter and a donation of $10,000 last February 26.

Dr. Richard Jancek, the school superintendent, asked the board to consider the idea of giving at least two students from each graduating class for the next 10 years the award of $500 for acts of humanitarianism. The board immediately agreed and has formally announced that they will soon be posting an online application form for interested students who want to apply for the said awards.

Jancek praised the two students – Ryan Kodat and Luke Arnold – who started all of this. Recently, the superintendent had the chance to speak with Kodat who declined the possibilities of getting a special mention or any sort of recognition.

Kodat said, “You don’t have to put my name on anything. We did it because it was the right thing to do, not to get an award. If the same thing happened tomorrow, we’d do it again.”

Jancek added “While this is a positive, uplifting and exciting story, it’s not unique in that there are great things being done by young people all over this country. The problem comes in when we only hear about bad things.”