MANILA, Philippines- Through a viral Facebook post, netizen Weng Briones has shared photos of her charred Samsung S7 Edge handset, which apparently heated up and emitted smoke during normal use at a beauty salon in Antipolo, Rizal.

According to Briones, the gold handset suddenly went up in smoke while her 16-year-old daughter was using it inside a beauty salon in Antipolo, Rizal. This apparently caused panic and prompted people to get out of the salon. 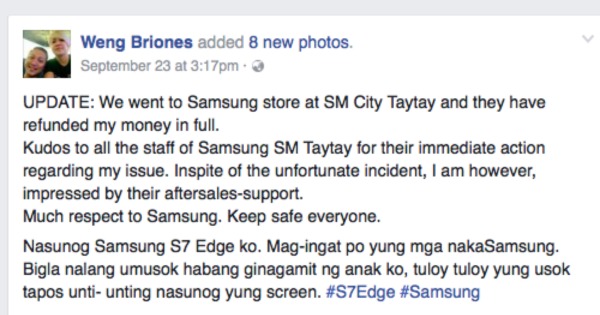 (It was all smoke, then the phone suddenly broke because the battery got swollen.)

Several salon customers splashed water on the phone to put the smoke out. A female salon staff then covered the handset with a towel before stepping on it. 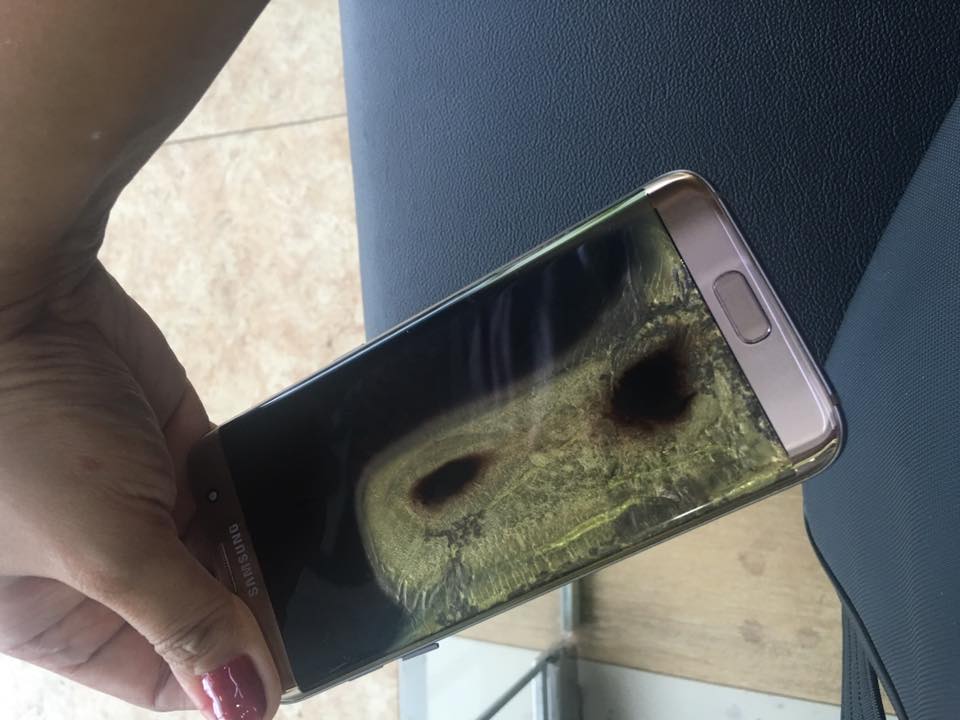 Briones then brought the handset to the Samsung store in SM Taytay. The staff initially offered to have the phone replaced for free. However, Briones insisted that they issue a refund fearing that the incident will happen again.

(I said I want a refund because if they would replace it, I’d still worry that the incident will happen again. They did not resist. They told me they will call the main office. After a few minutes, they gave P39,990.)

Although the staff were unable to explain why the phone overheated and emitted smoke, Briones said Samsung’s marketing head called them up on the same night and said that they would conduct an investigation on the incident.

The company decided to officially recall units sold before September 15 after receiving 92 reports of batteries overheating and exploding during normal use and charging in the US.