A doctor in China recently went viral for ignoring his own severe pain to save a patient’s life. The heroic deed nearly cost his life, but this doctor said he would do it again because his patients’ lives are more important! What a dedicated doctor…

This admirable doctor was identified as Liu, a pancreatic surgeon in Huai’an, China. At 6PM last December 28, 2019, a patient who was in critical condition had to undergo surgery ASAP to save his life. As the doctor on duty at the time, Liu immediately prepared for the operation. 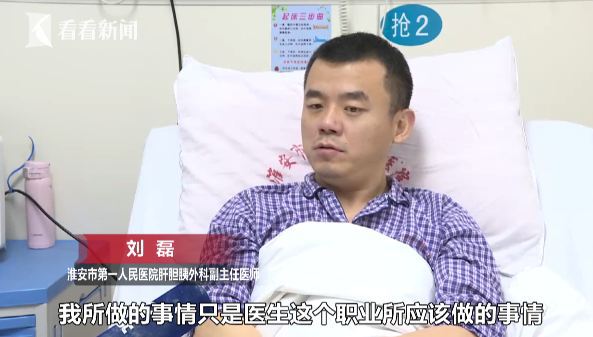 But while preparing for the surgery, Liu felt severe pain around his waist and abdomen area. With no other doctor to perform the surgery at the time, the patient might lose his life if Liu would not do it. Thus, the doctor did not think of his own safety as he ignored the severe pain so he could focus on saving the patient.

His patient was in critical condition; he knew that he couldn’t afford to waste time. Other doctors were called in to help. He asked his fellow doctors to give him a painkiller injection, but Liu remained as the patient’s primary surgeon until the operation was completed. The surgery lasted for over an hour. 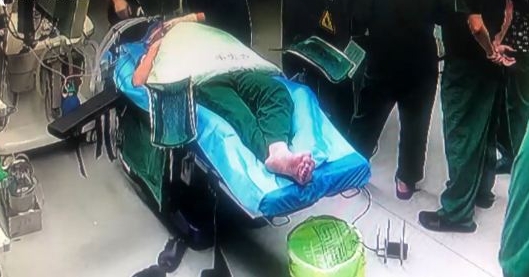 Once the operation was completed, an exhausted Liu left the operating theater in pain. His colleagues rushed him to the examination room, still dressed in his surgical scrubs. It was discovered that 1-cm stones were blocking his urinary tract; urine had already accumulated on the tract. If left in that condition, it could lead to urinary sepsis.

The doctor had to be rushed to the operating theater in his scrubs, with his colleagues working quickly to save his life. Thankfully, the operation was successful. But his sacrifice for his patient earned him admiration as he put the man’s life over his own. What a hero!

What are Surgical Scrubs?

Surgical scrubs are sanitary clothing worn by people involved in the care of patients. These clothes are sanitary, simple enough that they have minimal places for contaminants to hide, easy to wash, and are cheap enough to be easily replaced when stained or damaged.