While kids in America and many parts of the world are personally taken by their parents or some other adult to school, it amazed a lot of people to learn that kids in Japan actually take train rides and walk to school by themselves!

What’s even more surprising is that the kids are actually expected to do so and that most of the kids are doing the same thing. You’d probably by the odd one out if you arrive in school on a private car.

In a feature report on CBS This Morning, it was revealed that children as young as 6 years old are taught how to use public transportation and memorize their way to and from school. Not only do these kids take a walk for several minutes but also have to ride trains and other forms of transport to get there. 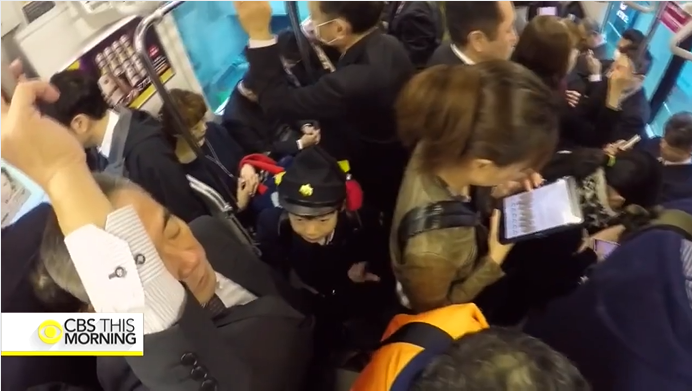 The show’s host followed one kid on his daily commute towards school and was quite amazed at what kids in Japan go through to reach school.

While the boy went through the usual routine of having breakfast and preparing for school, he would walk towards the train station by himself and find a spot among the commuters – something that is actually quite challenging considering that he does this during rush hour.

But if you think this boy only rides a train once, you’re wrong. In fact, he has to get off the train and move to another that would take him closer to his school. Once he arrives at the station, he has to walk again.

The boy couldn’t believe that kids in America don’t do this – while his mom said she would never allow her son to commute by himself if they lived in the US.

So, why do the Japanese do this? Check out this video to learn more: