When long-distance runner Dean Otto was hit by a car while out biking one day, he was told by his doctor that there’s only 2% chance that he’ll ever walk again. He made a bet with the doctor that he’ll be able to not just walk but run marathons again and both with be doing that just a year after the injury – with the man who hit him also running along!

It was one dark day in September last year when Dean got hit by the car driven by Will Huffman whose windscreen was too foggy to see through.

Dean’s injuries were so severe that his spinal cord was split in several places. Not only did he suffer from a broken leg, he also had a broken pelvis, several broken ribs, and a broken tailbone. 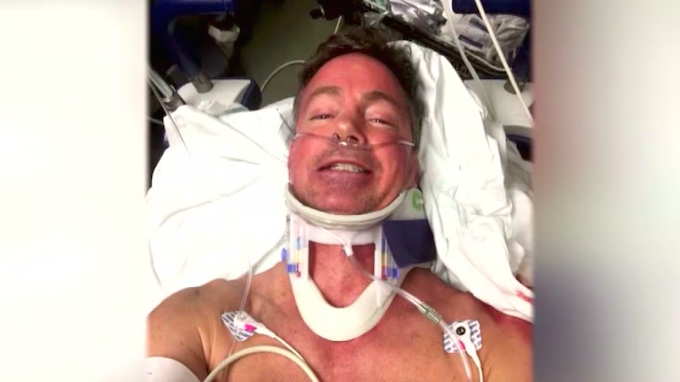 His surgeon Matt McGird told the runner that there’s only a very slim chance he’d ever walk again, putting the number at 2%. But Dean refused to give up.

“I’ll run a half marathon with you and I’ll whip ya,” he challenged the doctor.

Accepting the bet, the doctor also worked on the challenge of fixing Dean. The good doctor made titanium scaffolding for Dean’s spine, attaching this to his skin using metal ties.

The process was long and tedious but the two worked hard. Dean underwent months of intense physical therapy but would you believe that a year after he was hit by the car, he was not just able to walk again but to also join that half-marathon he bet his doctor with?

Dr. Matt readily accepted the bet as the two have become good friends in the months that he treated the runner. 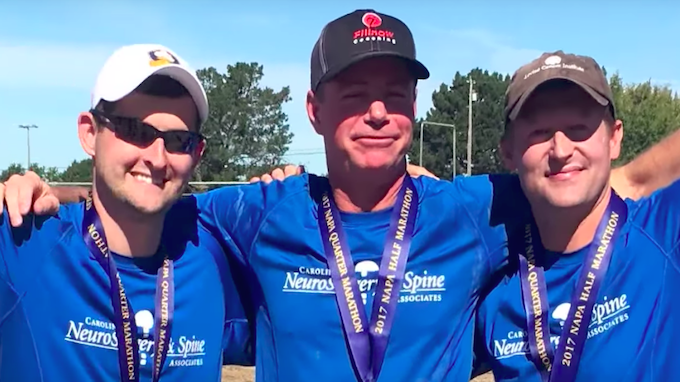 But people were surprised to learn that a third man has joined them – and he was no less than the guy who paralyzed Dean! It turned out the two had become good friends as well, with Dean having come to terms with his injuries and accepted that it was really just an accident.

The three men crossed the finish line together. They certainly amazed a lot of people!

Check out this video to find out more about these guys: