Accidents can happen, even to the most careful and law-abiding of drivers. So, when accidents happen, we could only hope that this would not lead to the loss of lives because the damaged properties can still be repaired or replaced.

Of course, we can’t also fault those involved in the accident if they get angry at the person who caused the accident! After all, this other person had (nearly) put their lives in danger and also wasted their time as well as damaged their properties. 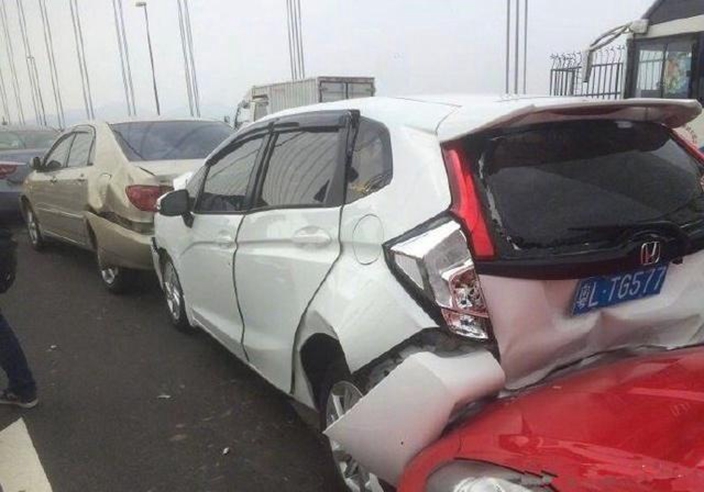 In an accident that happened along Xunliao Bay at Guangdong, China, the driver of a white Honda hatchback was feeling angry at the driver of the red Ferrari that rear-ended his vehicle, causing him to consequently hit the gold-colored sedan in front of him.

What made the drivers of the two front cars angrier was that the driver of the red Ferrari refused to get out of the vehicle until the cops arrived.

But once the flashing blue and red lights arrived at the scene, the driver of the white Honda hatchback changed his mind about filing charges against the driver of the red Ferrari after she stepped out of the sports car. 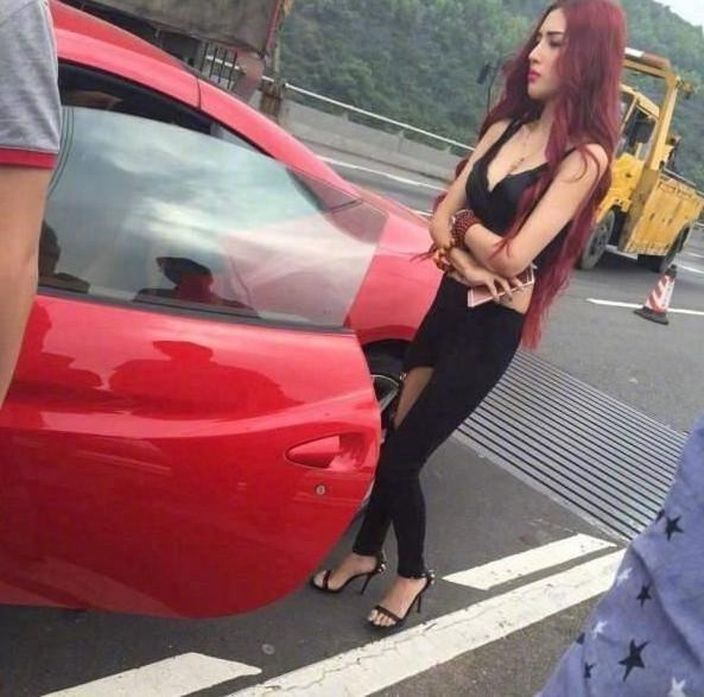 It turned out the driver at fault was one gorgeous lady who was pictured pouting as she surveyed the damage she caused on the Honda hatchback.

The unnamed driver of the white Honda hatchback agreed to let the gorgeous lady off the hook as long as she shoulders the costs of the repair on his vehicle and that of the gold sedan he hit. The woman agreed, of course, as that was a lighter option compared with the money she would be spending if the man took the matter to court.

But the man’s handling of the incident didn’t sit well with netizens who said they had hoped the Honda driver had taught this lady driver a lesson by taking her to court and letting her pay for the damages as well. 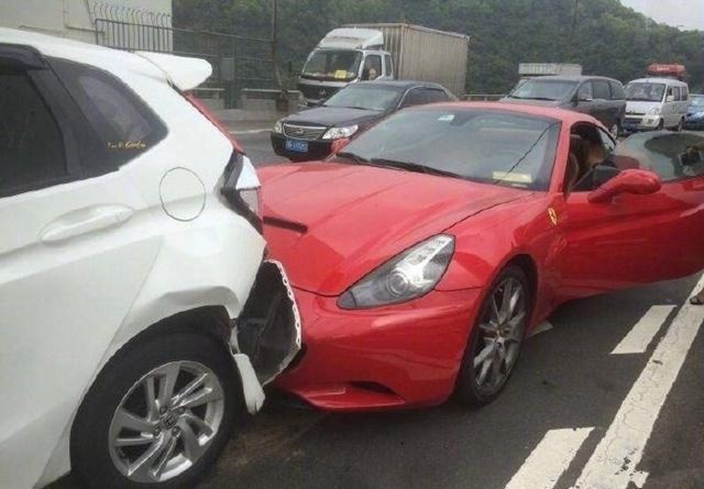 If you were in this Honda hatchback driver’s case, would you have easily forgiven this gorgeous lady?