Everyone’s talking about the “Unicorn Frappuccino” by Starbucks, with many bashing the company for releasing such an ‘unhealthy’ drink while others truly enjoyed its cute colors. It’s definitely going viral; although the attention wasn’t all positive.

But while people are still arguing whether the Unicorn Frappuccino is great or not, some clouds in southern Philippines appeared to put in their vote, too – and it’s in favor of the drink! LOL.

Netizens are sharing the photo of rainbow-colored clouds taken in Pagadian City in Zamboanga del Sur. Anne Elle Salikala posted photos and a video of the rare clouds as proof that it wasn’t an edited photo. 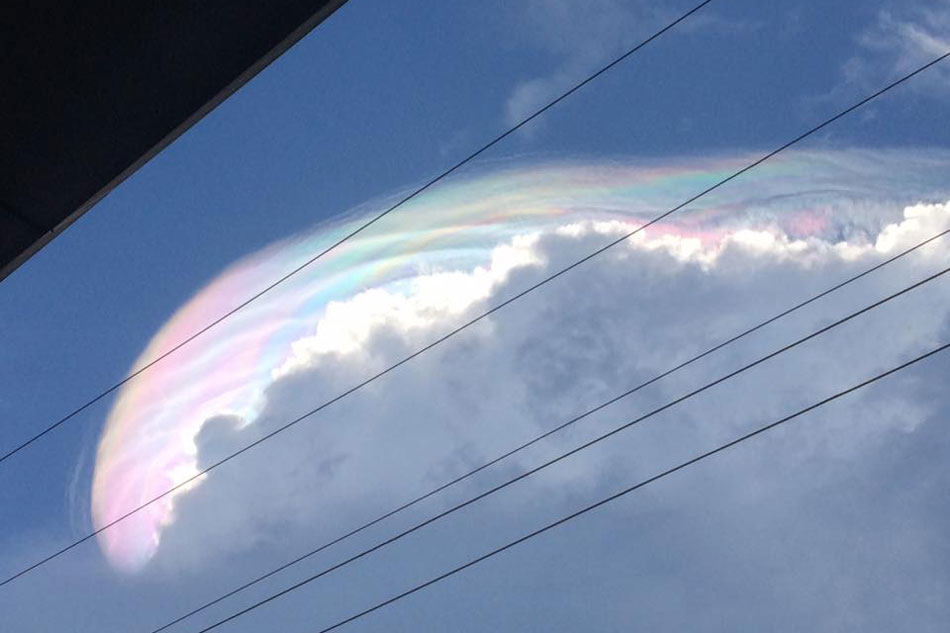 To date, the clip has gained more than 8.6 million views! I didn’t know rainbow clouds were that popular… Perhaps Starbucks’ marketing strategy on its Unicorn Frappuccino is really working.

With more than 24k reactions and 132k shares, the post has definitely gone viral.

But while netizens were wondering whether these clouds were really just a Starbucks marketing ploy of some sort, meteorologist Leonilo Millares revealed that such clouds do occur for real. He said this was called a “cloud iridescence” which is defined as a “display of rainbow colors caused by the distribution of light through small water droplets present in cumulus or circus clouds.”

Well, when defined like that, it doesn’t sound as fun as it looks, right? But the clouds do look so cute and beautiful!

Millares said that these clouds really aren’t as rare as we think. He believes that many Filipinos think the cloud is rare because most do not really document the sightings and many are not keen on reporting the phenomenon.

With the advent of social media, this is surely going to change – and that’s perfectly exemplified by Salikala’s post.

What are Rainbow Clouds?

Rainbow clouds form because of a diffraction phenomenon of light through small water droplets. If the droplets were large, the rainbow will not form; although another rare phenomenon could happen: halos.