Mere weeks after photos of “floating cities” appeared in two separate places in China, another exciting phenomenon has captured the interest of netizens: the “wormholes” above Australia and New Zealand.

Just like the “floating cities” of China, these “wormholes” generated much interest because of the prospect that these could lead us to another dimension or the possibility that the occurrence is showing evidence of the existence of a parallel dimension. 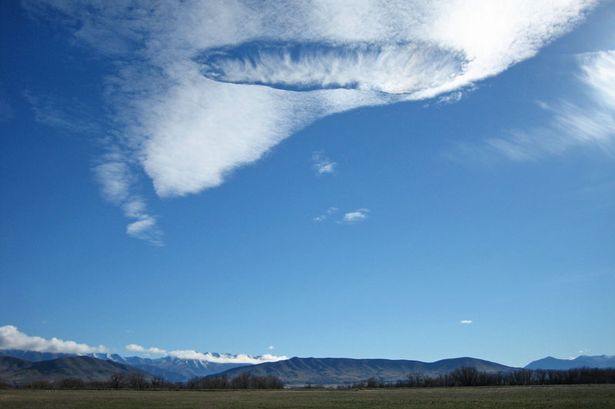 Well, we hate to be the ones to burst your bubble but no matter how astonishing the photos of the “wormholes” had been, these are actually not proof of some alien realm – and Thor is not going to arrive any minute now – because scientists have the perfect explanation to the phenomenon: Fallstreak holes.

As boring as that might sound (compared with wormholes that open to other dimensions), Fallstreak holes are rare natural phenomenon where a hole appears in the cloud because of the instant evaporation of ice crystals which were quickly formed from supercooled water. Aside from the ice crystals, the surrounding water droplets also evaporate, leading to a dramatic hole in the cloud.

Now that this event is explained by science, we are assured that aliens are swooping down to Earth from these holes yet this did not stop the wilder minds of the internet from putting forth their own explanations or coming up with their own terms, anyway.

For instance, the Fallstreak hole which appeared over eastern Victoria, Australia had a rainbow in the middle; thus, many created gay jokes. “I for one welcome our new gay alien overlords,” says Imgur user Gazoom.

Others said it was an alien mothership waiting to land while others believe it was “evidence” of a cloaked alien ship. Some people were more serious, however; with one saying, “(This is) A fine way to convince the masses of global warming.”

What do you think of these incredible holes in the clouds?