A curious girl recently got in touch with the police in her area to raise a very important question: why are there no police cats?

As shared by Distractify, Eliza, 5 years old, had a conversation with her father one day who told her that he didn’t know of any police cats when she asked about it. So Eliza took it to herself to write a lengthy letter to the cops to inquire about the subject. She also made a pretty strong point regarding the advantage of having feline presence in the police force. 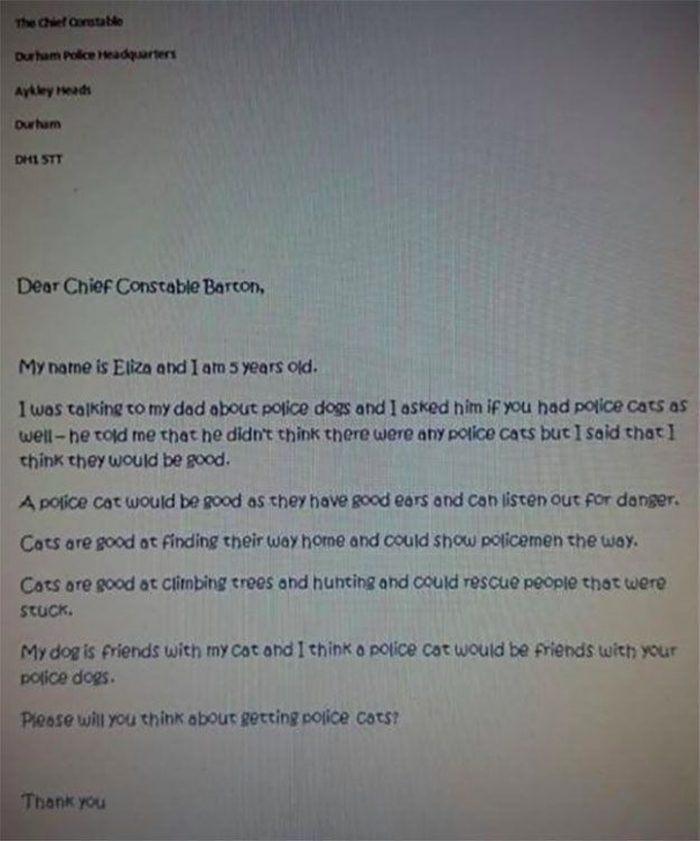 “A police cat would be good as they have good ears and can listen out for danger.

Cats are good at finding their way home and could show policemen the way.

Cats are good at climbing trees and hunting and could rescue people that were stuck.”

Fortunately for her, Chief Constable Michael Barton of Durham Constabulary took the time to reply to Eliza’s letter, saying he will ask the “inspector who is in charge of police dogs” to think about the excellent suggestion. 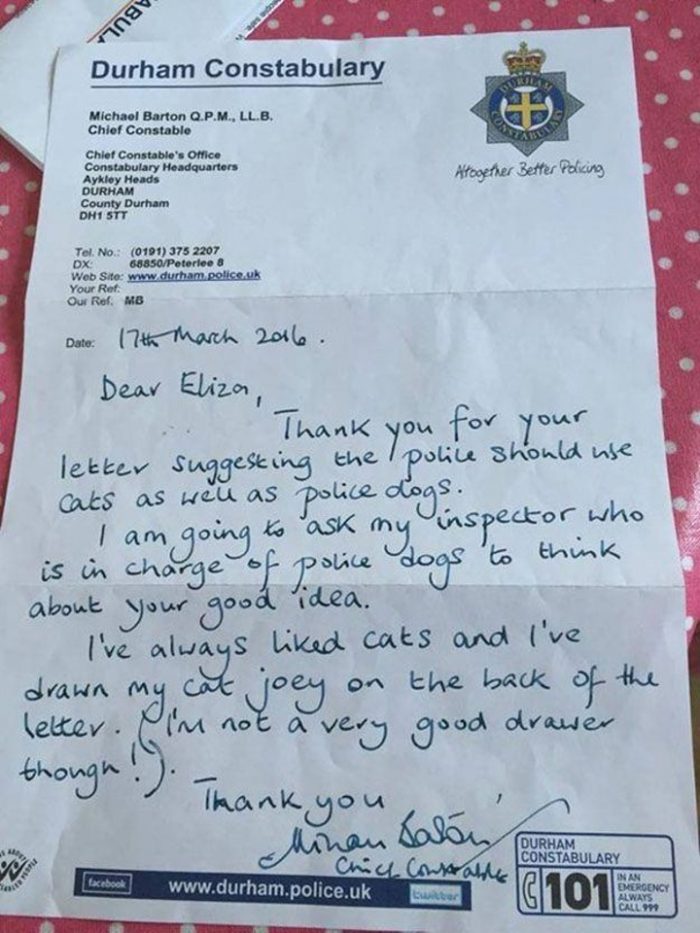 On top of that, Barton even confessed that he “always liked cats” plus he included a drawing of Joey, his own cat, on the letter as well, apologizing “I’m not a very good drawer though”. 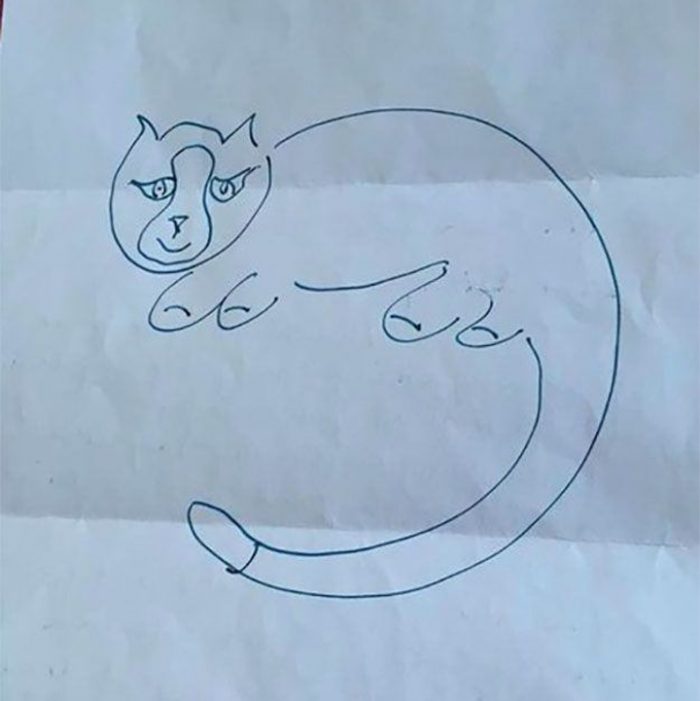 Not that Eliza would mind, of course. We’re sure she’s more than delighted to have received a reply from the police.

Our hats are off to the Chief Constable and everyone at Durham Constabulary for going the extra mile and responding to the little girl. Doing small and simple things like this does make the world a much nicer place, especially to a 5-year-old cat lover and her parents.