Dwayne “The Rock” Johnson was the highest paid actor last year (June 2015 to June 2016), having pocketed at least $64.5 million, a couple of millions ahead of second placer Jackie Chan who got $61 million. Oh, just in case you are wondering, Johnson’s friend and rival Vin Diesel finished seventh with $35 million.

Now, while Johnson is definitely one of the most successful celebrities of recent years, would you believe that he started with just $7 in his pocket? And he was not afraid to share that fact to his millions of followers on Twitter.

After Forbes Magazine announced that he was the top earning actor for last year, Johnson took to Twitter to share the good news – but he did not just tell his fans that he topped Forbes’ annual World’s Highest Paid Actors list. 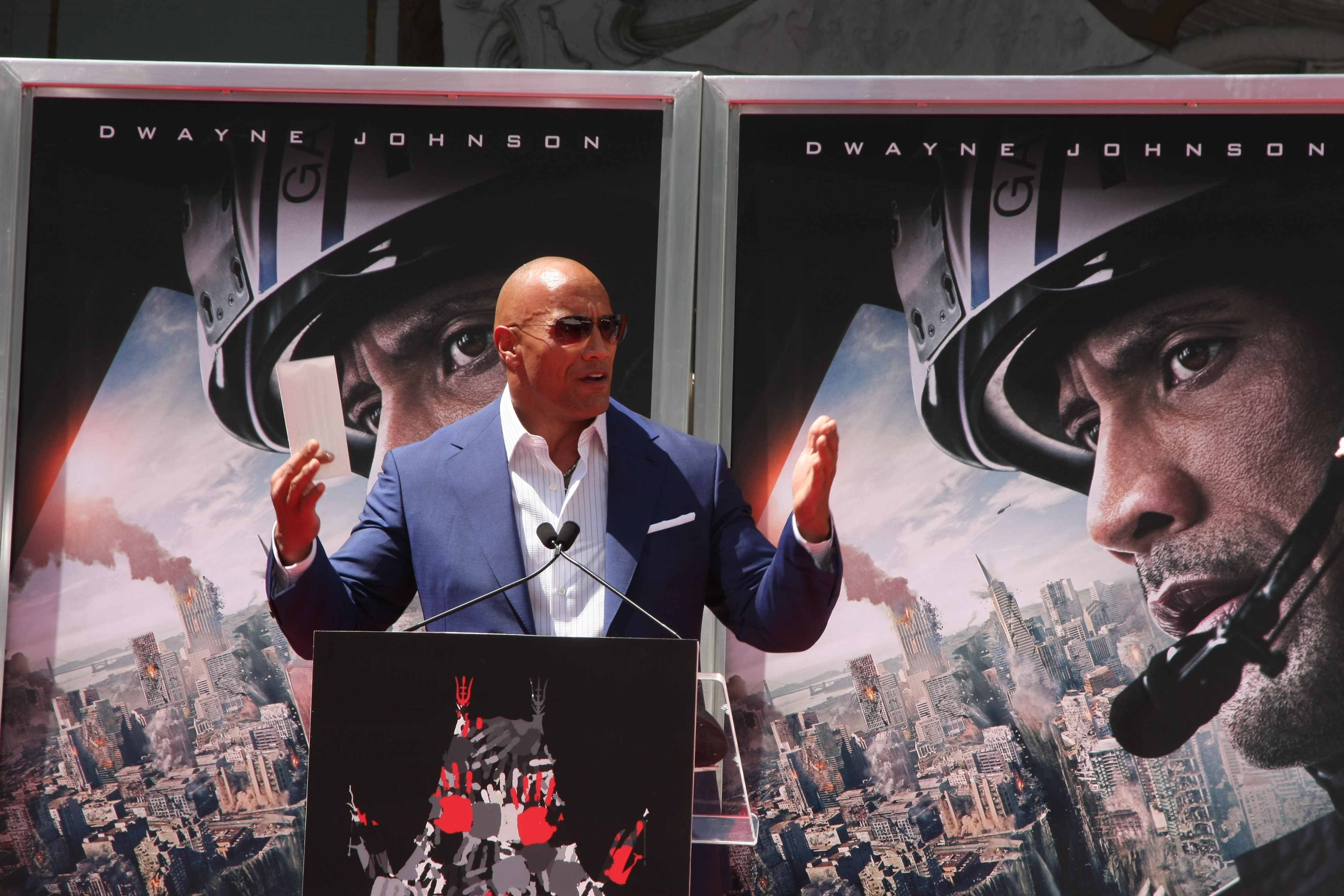 LOS ANGELES – MAY 19: Dwayne Johnson, The Rock at the Dwayne Johnson Hand and Foot Print Ceremony at the TCL Chinese Theater on May 19, 2015 in Los Angeles, CA

He wrote, “Want to say two things about this: I started w/ $7 bucks. If I can overcome, so can you. Waffle House on me!!”

Last month, Johnson reportedly revealed more details about his struggles to The Hollywood Reporter. Although his dad, Rocky, was a professional wrestler, he wasn’t really earning a lot of money for the family. At age 14, Johnson went home one day with his mother to find that they had just been evicted. Their car had been repossessed the previous week.

At the lowest point in his life, he decided it was time to take control and find ways to earn money. He started with bodybuilding and would later earn a full NFL scholarship to the University Of Miami. Sadly, depression and injuries hampered his way to success.

He almost found success in CFL’s Calgary Stampeders but was later cut from the team.

Returning home with just $7 in his pocket, he decided to follow his dad’s footsteps and became a wrestler where he finally found the success that had been elusive all his younger years. But while he was famous as professional wrestler “The Rock”, he didn’t stop there. He went on to become an equally good actor who, as mentioned above, would rise above the ranks to become the top earning actor of the year!

Not bad for someone who started with just $7, right?