Here’s another reminder for all of us to be mindful of what we post online.

A Filipino nurse in Singapore has been sentenced four months of imprisonment after posting racist comments on Facebook. 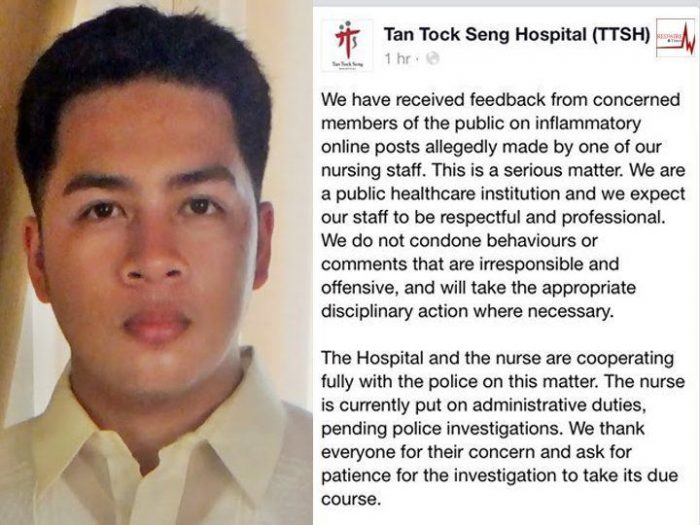 Siva Shanmugam, State Courts Judge, sentenced Bello to three months jail time with an additional 1 month for lying to the police during the investigation.

After receiving negative feedback for his racist post, the 29-year-old nurse took it down and told the police that his account was hacked. He eventually admitted it was him who actually wrote the post.

“Any person who posts remarks online that could cause ill-will and hostility between the different races or communities in Singapore will be firmly dealt with in accordance with the law.”

Although social media is usually a good tool for spreading information and to catch up with friends and loved ones, it is fast-becoming an outlet for keyboard warriors who have nothing but hurtful things to say about others.

Here are some helpful reminders you should keep in mind as you use Facebook:

1) Do not say anything disrespectful against someone on social media.
2) Present yourself in a positive but honest way.
3) Be careful not to post any information that could be used against you.

If you will be cautious about what you post, you will be able to avoid the same problem that Bello is currently facing. Moreover, you will enjoy a healthier relationship with your friends.