According to Perdido, her young daughter cried hysterically at the airport knowing that her father was about to leave the country to work abroad. Perdido’s daughter knew that her father was going to be away for a long time so she asked her dad take her with him. Although Perdido’s husband tried to comfort their daughter, the young girl continued pleading and ended up telling him that he didn’t love her. 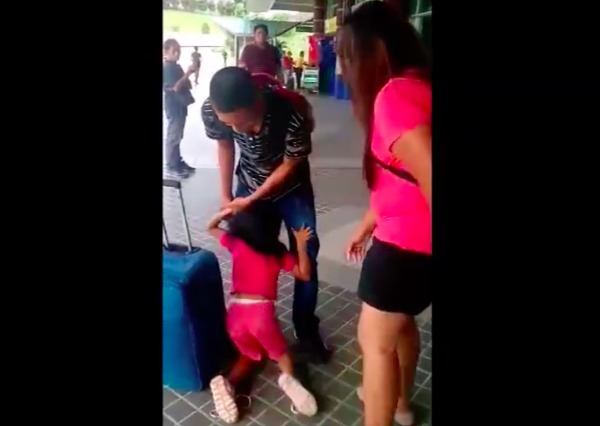 Perdido’s son was also seen in the video kissing and hugging his father.

The pitiful scene touched the hearts of many Filipinos particularly OFWs and their children who claimed that they have also experienced the same plight.


How Duterte Helped OFWs in His First 100 Days

With millions of OFW supporters, Duterte fulfilled his campaign promise of improving services for OFWs in his first 100 days in the office. On August 15, the government opened a one-stop-shop for OFWs, a first of its kind, at the Philippine Overseas Employment Administration’s main office in Mandaluyong City.  The One-Stop Service Center for OFWs (OSSCO) aims to reduce transportation expenses and shorten the processing time of documents of OFWs.

According to Labor Secretary Silvestre Bello III,  the government will also set-up one-stop centers in all regions.