Known as intelligent and incredibly complex animals, pigeons are capable of detecting breast cancer, according to a study conducted by researchers at the University of California, Davis and the University of Iowa.

After training and using food reinforcement, the pigeons did as well as humans in correctly identifying benign and malignant breast tissue in digitized slides and mammograms. 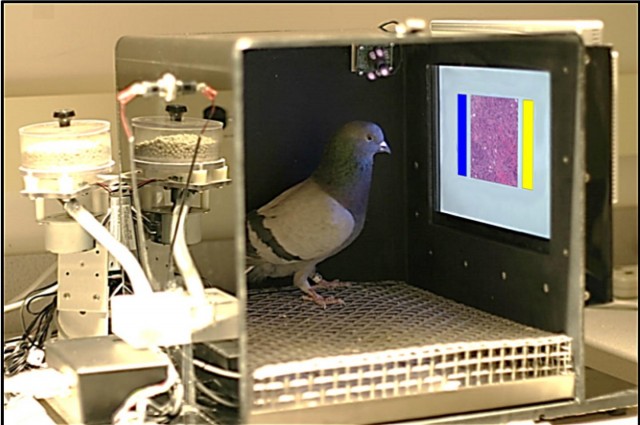 Like humans, the brainy birds’ accuracy were modestly influenced by the presence or absence of color in images and the degrees of image compression. Moreover, the pigeons were able to determine cancer-relevant microcalcifications on mammograms. However, the birds experienced difficulty in classifying suspicious masses on mammograms. Such task is considered extremely difficult even for skilled observers.

Professor Richard Levenson of the University of California Davis revealed that the pigeons’ accuracy from the first day of training at low magnification increased from 50% correct to almost 85% correct at days 13 to 15.

Moreover, Professor Levenson told IFL SCIENCE: “I gave one of the problem sets to our administative assistants, with verbal instructions as well as visual training, and after one hour of exposure they were certainly not as good as the birds after several days.”

The results of the study published in PLOS ONE suggests that pigeons can be suitable surrogates for human observers in particular medical image perception studies. In the future, these animals can replace highly qualified medical clinicians to do relatively mundane tasks.

Here are some interesting facts about pigeons, according to onekind.org.