Many would say that mothers know what is best for their children, especially because they are the ones who are with the child every day and know their capabilities yet “Mother’s knows best” isn’t always applicable to all moms!

Take for example this unnamed woman in San Juan, Batangas in the Philippines who recently viral on social media after someone posted a video of her letting her baby play on top of a moving tricycle!

In the video, the baby could be seen playing on top of the roof of the moving tricycle as the woman, assumed to be her mom, let him do it. At some points, the baby would stand up and even wave at the people in the sidewalks but he would sometimes sit down, making the viewers breathe a sigh of relief. 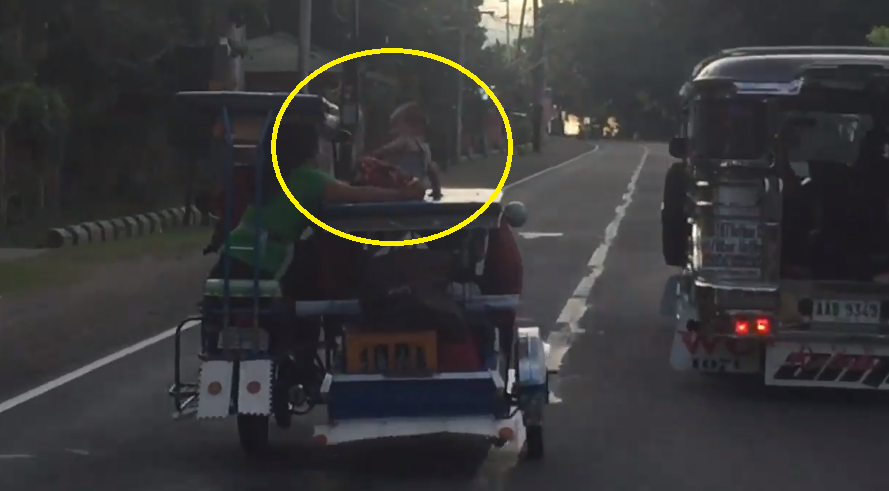 But moments later, the baby would once again get up and even stagger as he tries to regain his balance on the roof of that tricycle. 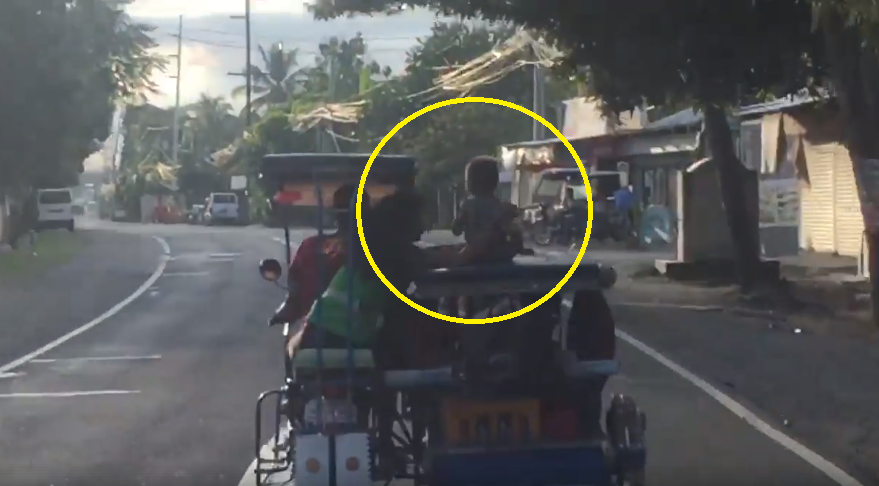 The spine-tingling video had netizens sitting at the edge of their seats, hoping that they won’t witness the brutal death of the child as it could fall off the tricycle’s roof at any given time – and all his mother would have left to hold are his tiny shorts!

A lot of netizens could not believe that this woman could be so careless to allow her child to do this. Many hoped that she could be identified so that she will be lectured about the dangers she is putting her child through by letting the kid ‘have fun’ on top of the moving tricycle which actually had the gall to overtake other vehicles in the street, unmindful of the kid on top.