While it is true that we can’t always be there for our kids to keep them safe 100% of the time, keeping them safe on our watch is very important – and that means imposing rules like wearing seatbelts when they are riding a car or wearing helmets on a motorcycle.

But some parents recently went viral after letting their kids ride on the car roof while they drove speeding on the highway, even running some red lights! 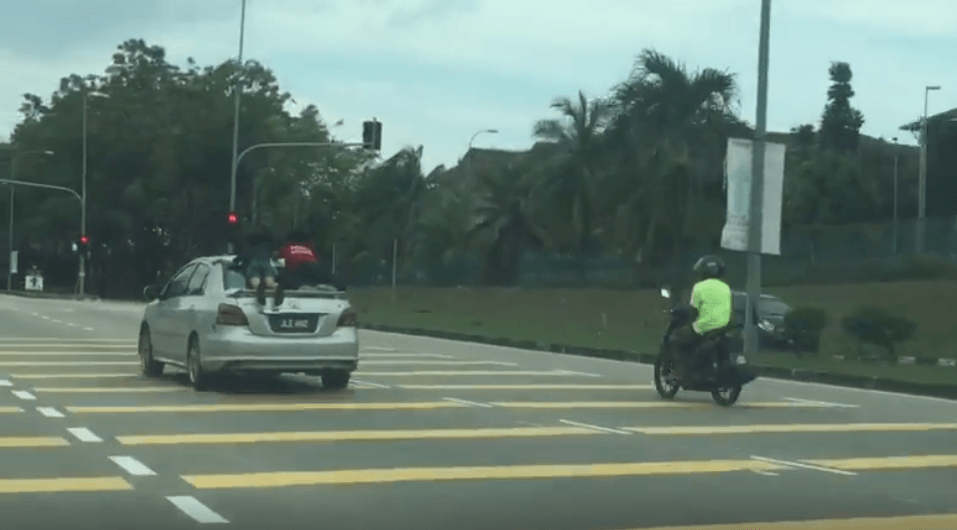 In the video shared on Chitran’s Facebook page, the car could be seen speeding on the highway and running a red light! But if that is not dangerous enough, two boys could be seen hanging on to the roof as the car moved. 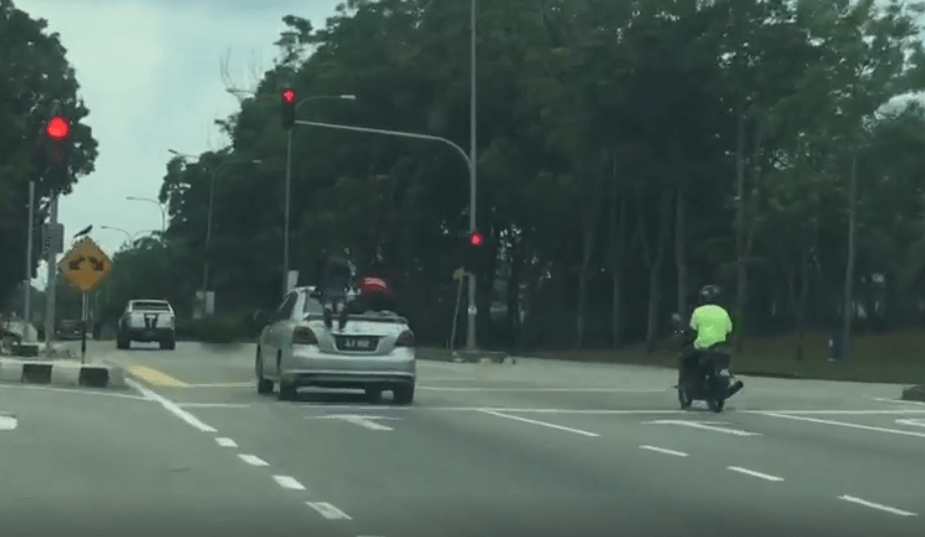 But Chitran did not only catch the car speeding at that intersection. There was another point wherein Chitran took a photo of the kids as they casually sat on the boot, with one drinking a bottle of water while the other appeared to chat with him.

While some netizens were amused by the video, saying that this is a real-life version of “The Fast and The Furious”. Others said there was nothing wrong with the video as long as the parents won’t blame anyone if something happened to the kids. 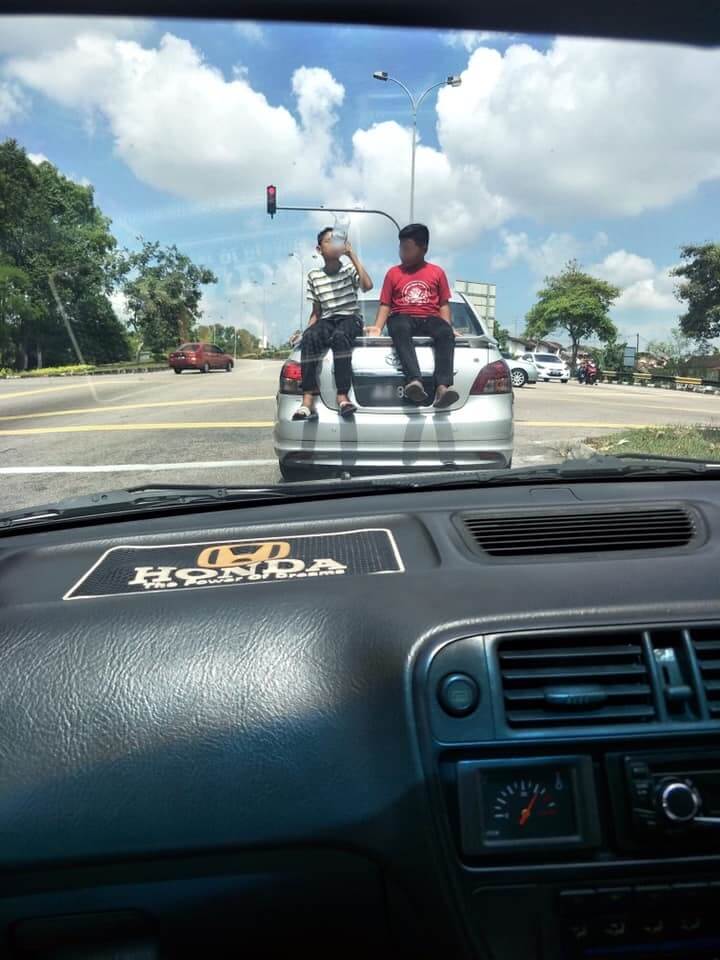 Yet many netizens were concerned about the children’s safety. While they appeared to be having fun, an accident could easily throw them towards the other vehicles and they could get run over! That would surely be a problem for other motorists!

How to Keep Kids Safe in the Car?

Depending on their age and size, kids should sit in car seats so they could be safely strapped in the car. Rear-facing car seats are important for newborns and toddlers while booster seats can be used for older kids.

Kids should never be allowed to sit in the front seat – and definitely not on the roof!