Pope Francis figured in a viral video taken at St Peter’s Square in the Vatican City on New Year’s Eve. His reaction was caught on camera and has since divided netizens in a debate as to whether he should have exercised more restraint or if his reaction was just normal for any human being.

In the video, the pope could be seen shaking hands and giving his blessing to people that were separated from him by a barrier. He extended his hand towards many people but as he turned away, one woman hurriedly grabbed his arm and pulled him hard. She wanted to talk to him and, most likely, ask for his blessing. 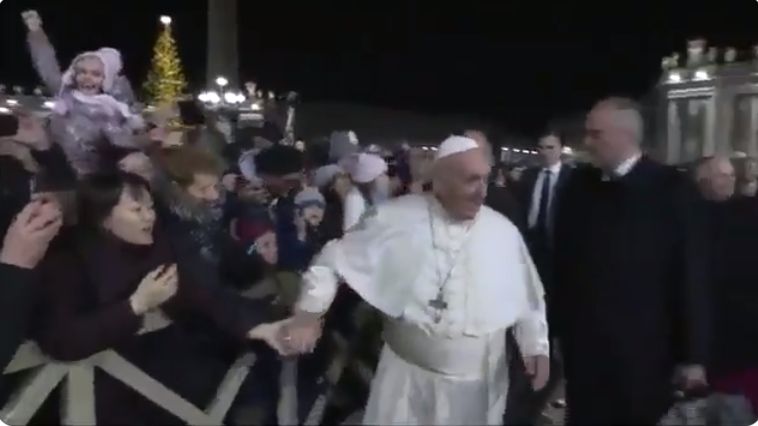 He was smiling right before the woman grabbed his arm. It was so hard that the old pope had to move towards the woman to retain his balance. Yet the woman’s move angered the pope that he slapped her hand twice until she let him go.

The camera pans out as the pope angrily moves away, but netizens had caught the displeased reaction on his face. 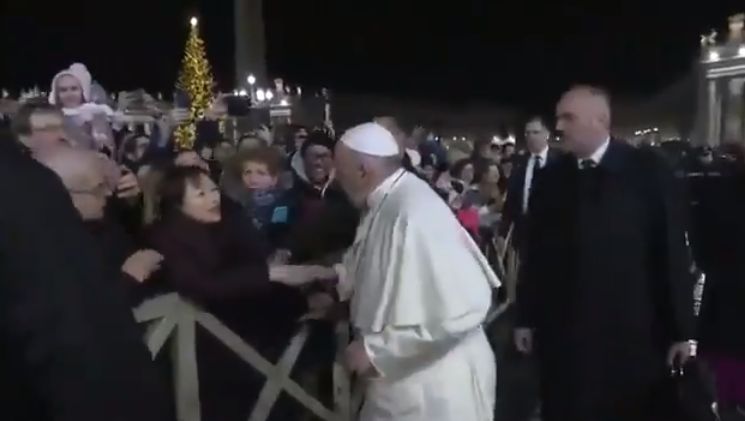 Many sided with the pope on this one, saying that the woman shouldn’t have pulled him like that. However, others also commented that as pope, he should have been more patient and shouldn’t have angrily acted in that manner.

“The Pope HITTING someone pretty much sums up 2019,” one netizen wrote.

“I would have listened to that woman. If he as a Pope can’t listen to the pain of others, it’s better he stopped being a pope. Simple logic – If you act too ordinary, better be ordinary, why become the Pope? As human like any of us” Then why live a life of a celebrity?” another questioned. 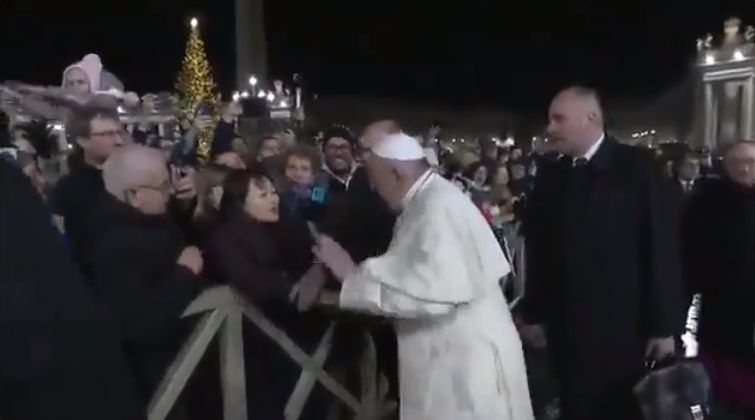 But many came in his defense.

“I don’t blame him.. you can tell on his face when she grabbed his hand like that and pulled him it hurt him. Then she wouldn’t let go,” one woman defended.

“First off, you don’t pull someone like that. Second, he is an old man that almost lost balance. third, he is the Pope, he shouldn’t even be walking among the crowd period. I agree Pope Francis didn’t have to slap her hands, but he felt threatened,” another said. 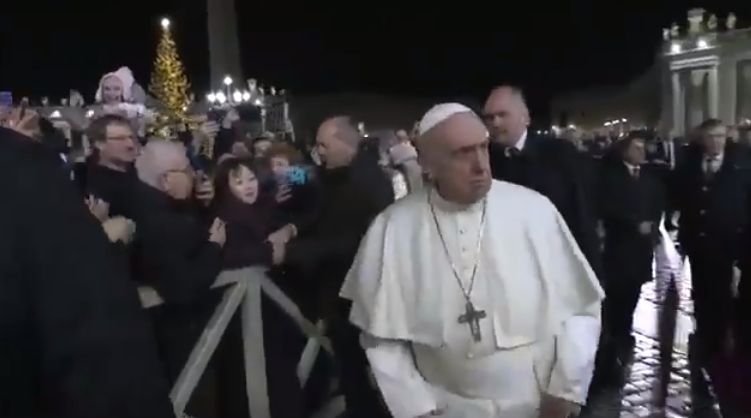 “Technically, the Pope is considered infallible only when speaking from the Papal Throne. The rest of the time, he’s just a regular human with a big job. His actions are typical of his native culture – a grandfather admonishing a misbehaving child,” another chimed in.

The Pope HITTING someone pretty much sums up 2019 https://t.co/agNplscJMy

Who is the Pope?

The Pope is the head of the Roman Catholic Church. He is also designated as the Bishop of Rome and the head of state representing the Holy See.