Nina, a 16-year-old Tumblr user who goes by the name poppunkblogger first posted the jacket asking her followers to help her settle the dispute of the real color of the jacket. It immediately became viral and has become a popular hashtag on several social media platforms.

I hate to make a new blue/black white/gold dress meme but my friend has this jacket and she says it’s white and blue but i see black and brown pls tell me what you see.

However, unlike “the dress”, the colors identified by netizens of “the jacket” were not limited to only two choices. It was a wide range of colors from black and brown, blue and white, to green and gold, and even pink and purple. 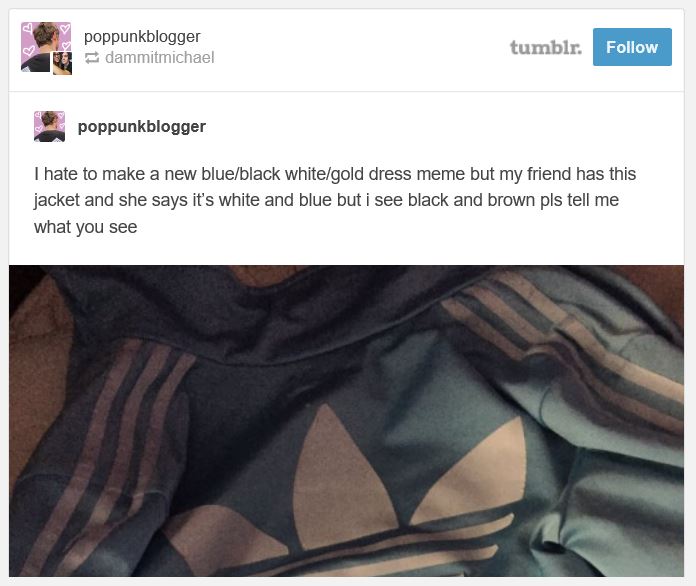 So, what do you see, is it white and blue or black and brown? Leave a comment below.

Why do people see different colors from the same image?

People usually see the color of the light reflecting off an object instead of seeing its actual color. For example, when we look at a white sheet of paper which is lit by the yellow color reflected by dusk, our brain would need to “remove” the yellow reflection so we can see the white.

In reality, the color of the jacket is blue and white, however, there really is no wrong answer to the colors we see in “the jacket”, what we see depends on the color our brains perceive unconsciously.