Netizens are baffled over a video showing a ‘giant baby’ bouncing on his dad’s back in a TikTok baby. Many think it’s weird that a baby would be this big and that his parents would actually just let him bounce on his dad’s back without fear that he might fall off the bed!

With billions of people around the world stuck at home due to the COVID-19 pandemic, many have found solace in making videos on TikTok. Many have actually gone viral on the video platform that’s designed to let users post short videos with lots of possible filters. 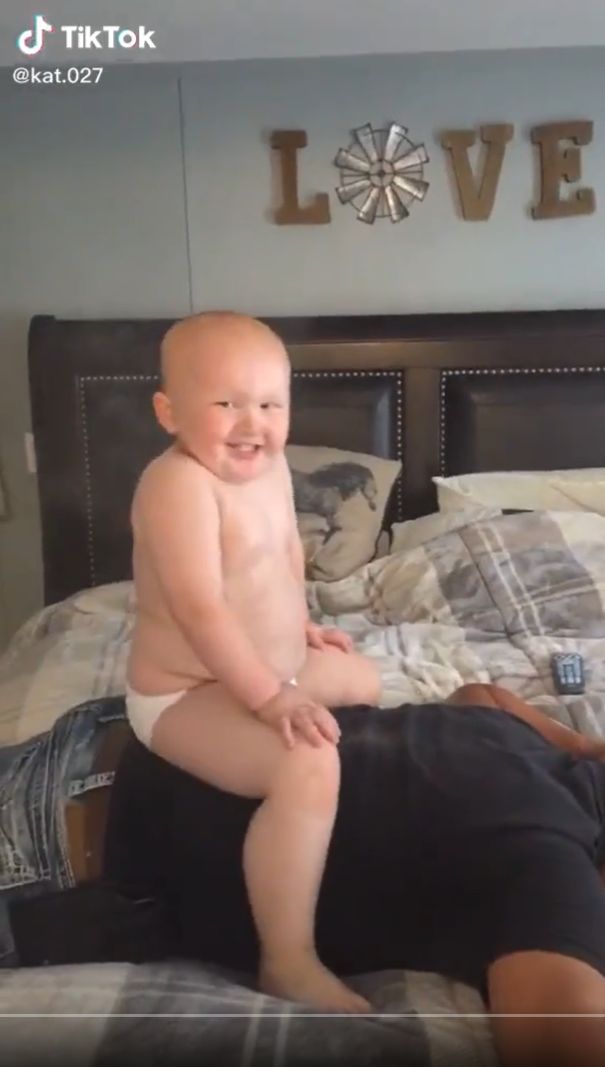 But there’s one video that sparked controversy after netizens questioned a baby’s seemingly gigantic size! It all began when mom Kathryn (TikTok user @kat.027) share a video of her son, Gavin, bouncing on his dad’s back.

The boy, in a freshly powdered diaper, happily bounced on his dad’s back as his mom filmed the TikTok video. She posted the clip with hashtags #gav #boom #babypowder. But people thought it was rather ‘scary’ to see such a big baby.

Check out this video, a compilation of Gavin’s ‘giant baby’ videos:

People searched through her profile and also saw many videos of the ‘big baby’, also with hashtags that did make it seem like Gavin is still a baby. But Kat revealed that Gavin is actually 3 years old but she loves calling him as her baby.

“With the baby powder, it was funny. It went perfectly with the song. That’s what went viral and took off, and then everyone wants to make fun of him because he’s big. He’s just a big boy,” Kathryn explained.

Their family lives on a small farm in the Midwest. Kathryn and her husband, Galen, have two children: 16-year-old Caleb and 3-year-old Gavin.

“People can be cruel. There’s no need to have this distasteful bitterness that a lot of people have. We have thick skin, we’re raised tough, so I didn’t let it bother me. I was kind of like ‘That’s mean,’ because it’s a baby,” Kathryn added.

But netizens also had a good laugh after someone reposted a video of Gavin playing with a toy truck.

“This is a normal sized car. we are all in danger…” Sam shared. LOL.

this is a normal sized car. we are all in danger.. pic.twitter.com/pTCsEuwdUY