Filipinos are known to be one of the most caring people in the world. Aside from the Filipino professionals who work abroad, there are also a lot of Filipina women who choose to leave the country to work as domestic helpers or nannies. One of them, a Filipina nanny named Marifel, was featured in an article authored by a Singapore-based journalist, Rob O’Brien.

Rob O’Brien found Marifel through an agency that hires domestic helper. In his article, “Marifel:The Woman Who Left Her Children Behind to Look After Mine”, he tells how domestic helpers make sacrifices, how their employers treat them, and how thankful he is that Marifel came into his family’s life. Marifel, who has been working in Singapore for 11 years, has been taking care of his two children for five years. 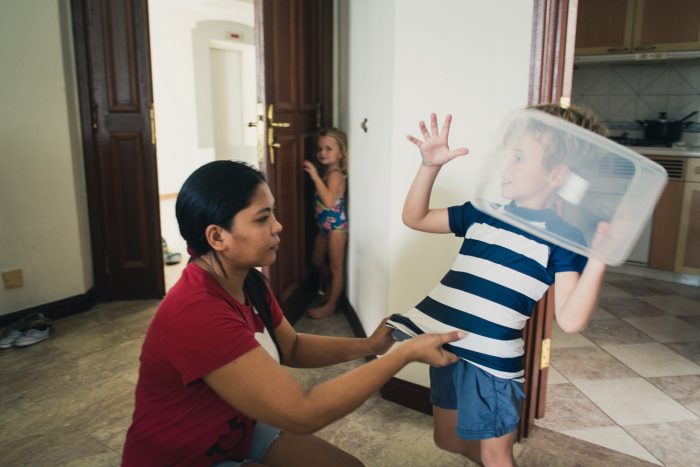 O’Brien emphasized the difficulties these domestic helpers go through working abroad. He said that most of them are just forced into getting these kinds of job because of poverty.

Moreover, O’Brien also revealed the truth that domestic helpers are needed in first-world countries like Singapore. He said, Singapore needs many workers like Marifel to aid in their growth. What was terrible was that despite of the sacrifices these women go through, they are sometimes abused and exploited and get only little compensation for their work.

Domestic workers keep Singapore ticking and in return, they get very little back.

O’Brien may seem like one of those guilt-ridden expats with his article sharing how he was grateful for having Marifel in their family. He shared how Marifel laid his children to sleep, potty-trained them, taught them songs, and influenced them with her “tiny Filipina accent.”

O’Brien also recounted his trip with Marifel to the Philippines to meet her family. He said that he was able to see for himself the product of Marifel’s hard work: a house for her family that is still under construction. He saw that Marifel was an admirable mother and a caring wife to her husband. He described how she laughed and smiled with her husband. And while he saw how happy Marifel was with her family, O’Brien was also able to witness Marifel bid goodbye to her family members and how she was used to these goodbyes working abroad for several years.

It is unusual to find someone who gives attention to the people who are doing the household work for parents who need to fulfill their responsibilities. O’ Brien did more for these people by putting in the limelight the woman who takes care of his children, and women who sacrificed their lives in order for their families to survive.

In my mind, no one should have to leave their children behind to find work, but the world demands that the most desperate make the biggest sacrifices, risks and choices to earn a living wage.

Countries with the most number of Filipino domestic workers

From January to May 2015, the Philippine Overseas Employment Agency has recorded about almost 60,000 Filipino domestic workers abroad with Saudi Arabia as the most popular destination (20,949). Hong Kong and Singapore comes in second and third with 5,825 and 3,798 respectively. Other popular destinations for Filipino domestic workers are Bahrain, Malaysia, Cyprus, Brunei and Macau.